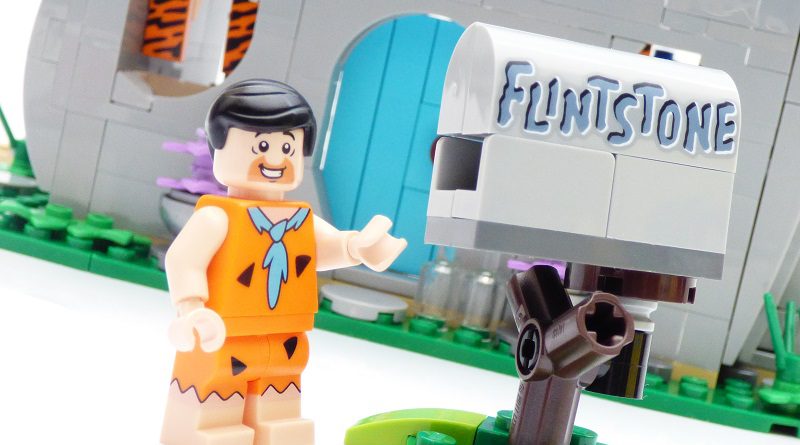 Fred Flintstone’s pad launches today as a LEGO set for the very first time. To mark the occasion, Brick Fanatics picks out five of the best touches the designers put into LEGO Ideas 21316 The Flintstones

Today sees the release of LEGO Ideas 21316 The Flintstones, a set that captures the modern Stone Age family. It is full of nice little details that use LEGO pieces to great effect and provide references to the classic animated television series. Here are five of the best touches that the LEGO model designers included in this new set… 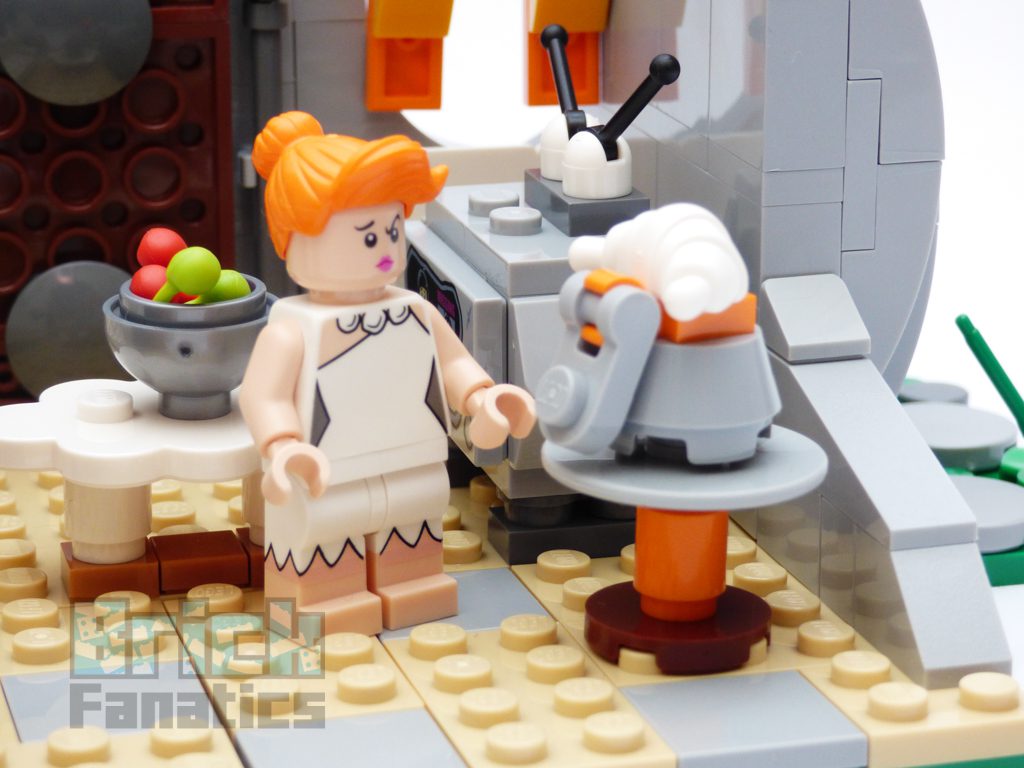 A familiar prop in The Flintstones is the family telephone, that is simple a shell. Representing something so small using the LEGO parts palette must have been a head scratcher. Thankfully, the beloved croissant piece is used in white as the handset. By perching it on top of a clip on top of an astromech droid head, it is unmistakable as a phone. 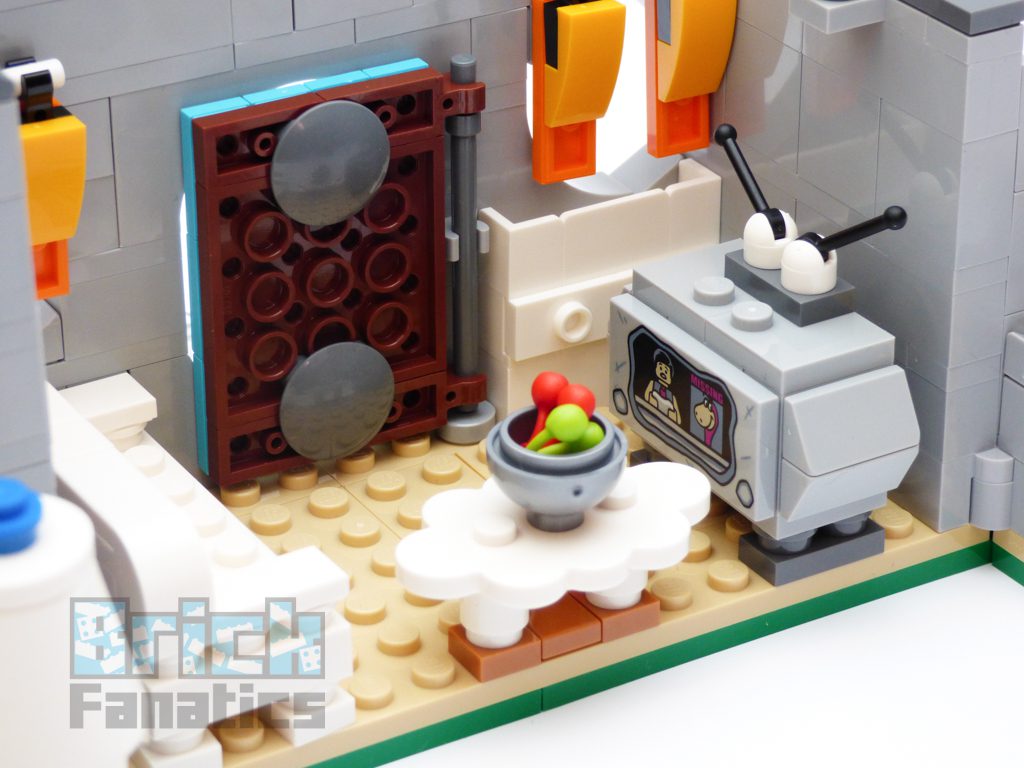 The challenge with adapting a stylised piece of animation into LEGO form is capturing the unique look using the selection of parts available. In the case of providing The Flintstones’ coffee table, a base piece from the Unikitty! collectible series has been used – while it not be entirely animation accurate, it feels right at home and makes the house stand apart from other LEGO home based sets. 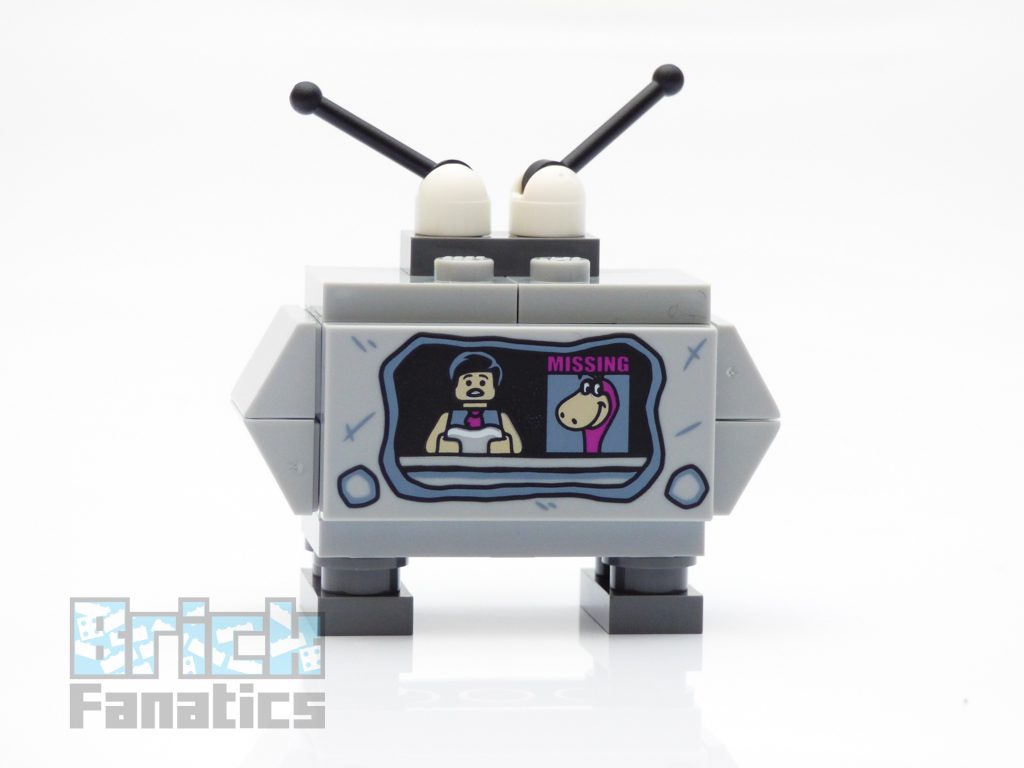 While the rocky television itself looks excellent, as if it has jumped right out of The Flintstones television series, it is finished off perfectly with the printed screen tile. In a nod to an omission from the set, the television reveals that Dino is missing. When the series launched in 1960, there were only four main characters – Fred, Wilma, Barney and Betty – so the set retains the original characters that the series launched with. 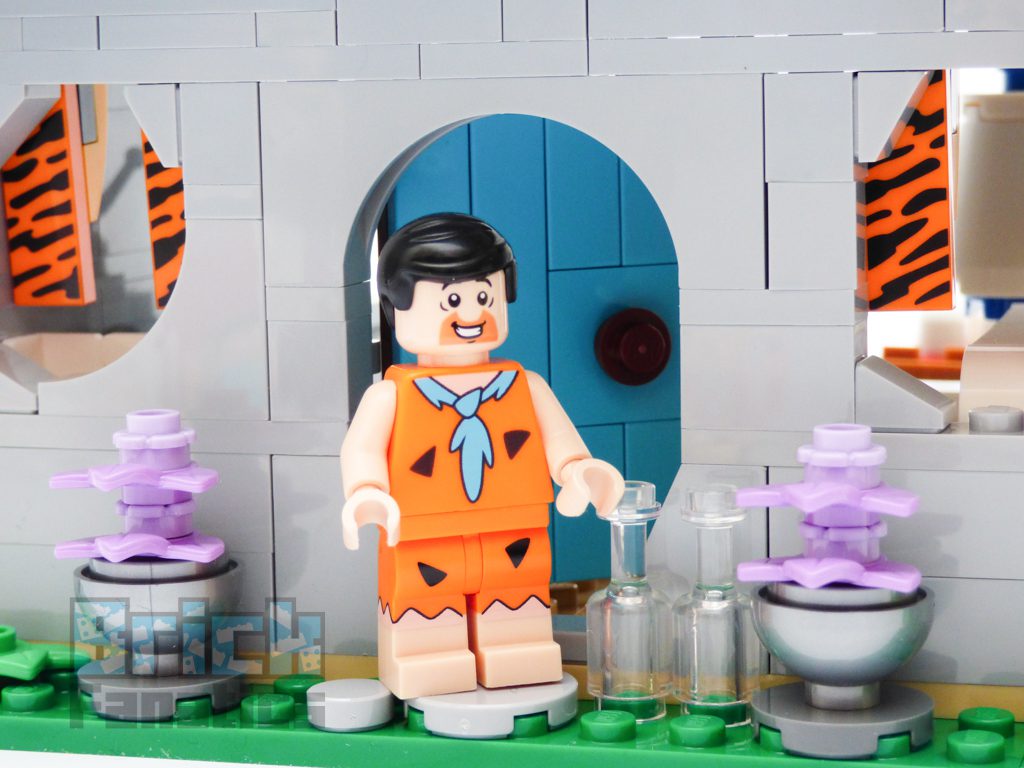 Outside of the front door are two bottles, a nice reminder of the end credit sequence. As Fred put the empty bottle out, he would also put the cat out – only for it to jump back through the window and promptly throw Fred out instead. “Wiiiiilma!” 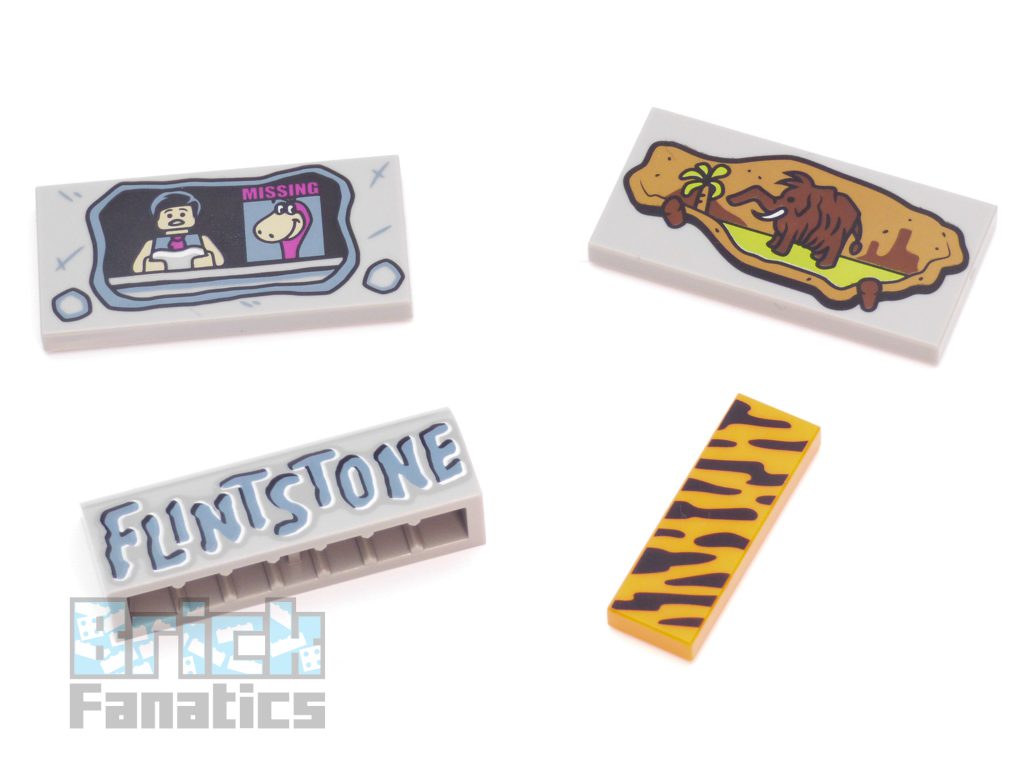 This product was provided for this feature by the LEGO Group. 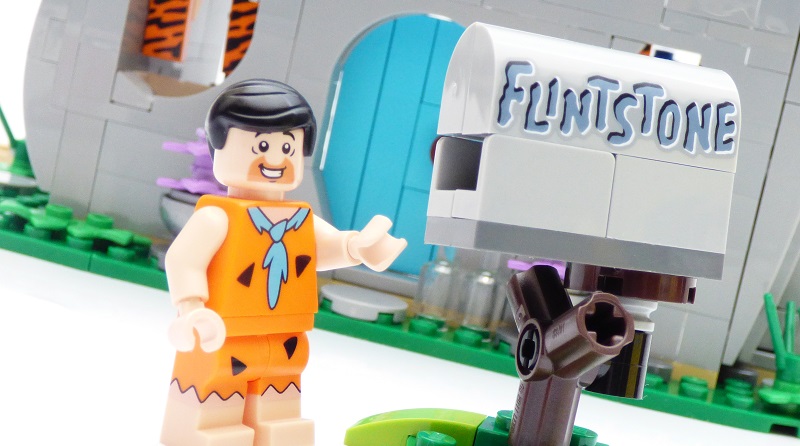