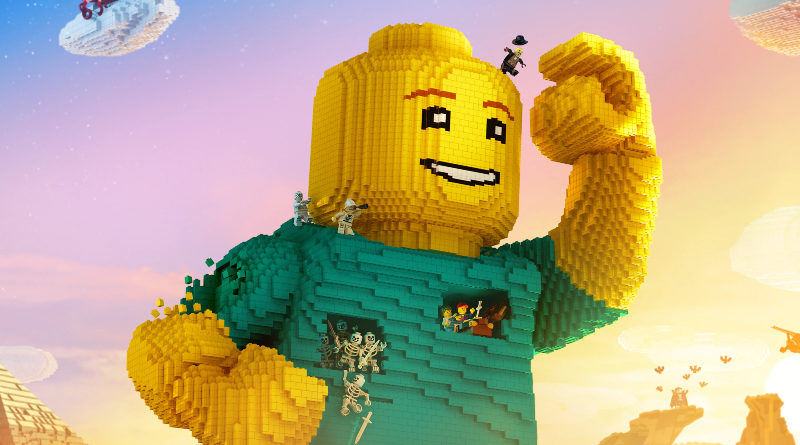 The LEGO games have a style of pun-filled comedy that has become a mainstay for the series – and with LEGO Star Wars: The Skywalker Saga on the horizon, why not recount five of the funniest trophies?

There have been hundreds of trophies in the huge range of LEGO video games throughout the years, from some that require no effort and ones for true completionists, but some stand out not just for their witty titles but for the things they have you do.

We’ve compiled five of our favourite trophies from the LEGO games series, just make sure you aren’t drinking anything while you read this laugh-out-loud list.

Some trophies require skill, precision timing and the perfect parameters to get everything in place. This is not one of those trophies. You can earn Stormtrooper Syndrome in LEGO Star Wars: The Force Awakens by pretending to be the white-suited troopers of the galaxy and missing your target 10 times in a single blaster battle.

4 – Who is this Horrid Creature?

Picture this, you’ve spent hours putting together the pieces on your ideal custom LEGO minifigure, with a wide variety of digital assets to use in your creation. You finish your character and prepare for adventure, only for the game to remark at what on earth you have made. Well, it turns out that’s exactly what LEGO The Hobbit does in this trophy.

For a LEGO game themed around creativity and breaking the rules, it seems strange to have an achievement dedicated to telling you to follow them. Unexpected Item in Building Area isn’t just a clever reference to self-checkout machines but a guide on where not to place your LEGO builds on Syspocalypstar in The LEGO Movie 2 Videogame.

Technically these are two trophies, but they pair together so well we’ve added them in the same spot. To get these trophies you’ll need to perform two fairly difficult tasks in LEGO Pirates of the Caribbean: The Video Game, For the best pirate I’ve ever seen you’ll have to finish the Port Royal level in Story mode without dying and for the other, you’ll need to do everything you can to complete the level without a single stud to your name, earning the title of best and worst pirate respectively.

This trophy is sure to provide a barrel of laughs in the midst of playing the LEGO Harry Potter Collection or LEGO Harry Potter: Years 1-4. To earn it you’ll need to suit up as the prestigious professor of potions at Hogwarts, Severus Snape and search for a LEGO barrel. Once you’ve found the ever-important item, equip it onto the minifigure, and you’ll have earned the trophy, as well as seen a reference to another popular video game series. What is it with secret agents and storage containers anyway?