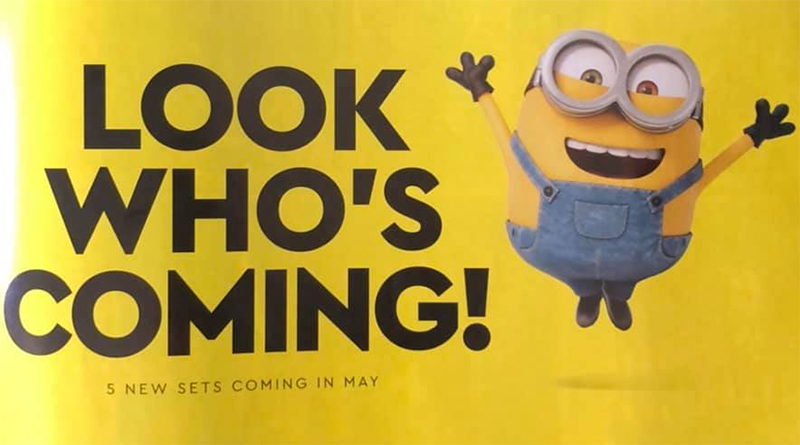 There is now a release date and number of sets for LEGO Minions: The Rise of Gru.

Last June, the LEGO Group announced a theme based on Minions to coincide with the release of Minions: The Rise of Gru. Now, the Brick Fan reports on a Facebook post from Candid Bricks, revealing a page from the new January 2020 catalogue.

Th advert confirms that there will be five LEGO Minions: The Rise of Gru sets and they will be released in May.

“We are excited to expand our partnership with Universal Brand Development to introduce the first LEGO sets based on Illumination’s Minions and the Despicable Me franchise,” said Jill Wilfert, LEGO Vice President, Licensing & Entertainment, last year. “The films have become global blockbusters and are beloved by fans of all ages, and we believe the characters and scenes lend themselves to a creative and engaging LEGO play experience.”