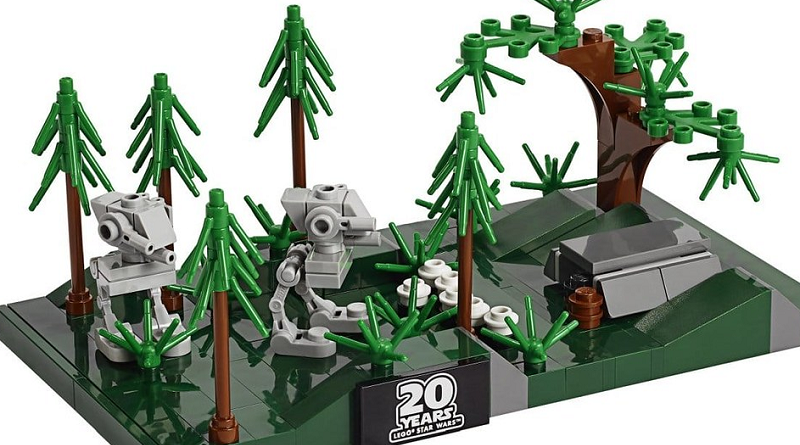 This year had seen two special edition LEGO Star Wars micro-scale battle sets – what other scenes in the saga would benefit from this appealing new format?

There have been many exclusives to celebrate the 20th anniversary of the LEGO Star Wars theme, including specially packaged sets with commemorative minifigures and polybagged mini models. The year has also seen the release of a new type of gift with purchase set – micro-scale battle sets. In May it was 40333 Battle of Hoth, followed by 40362 Battle of Endor in October to coincide with the new Star Wars: The Rise of Skywalker releases.

These little scenes are intended as buying incentives, but they are also beautiful little models that use ingenious building techniques, so Brick Fanatics is choosing five more battles that fans would enjoy in this scale. 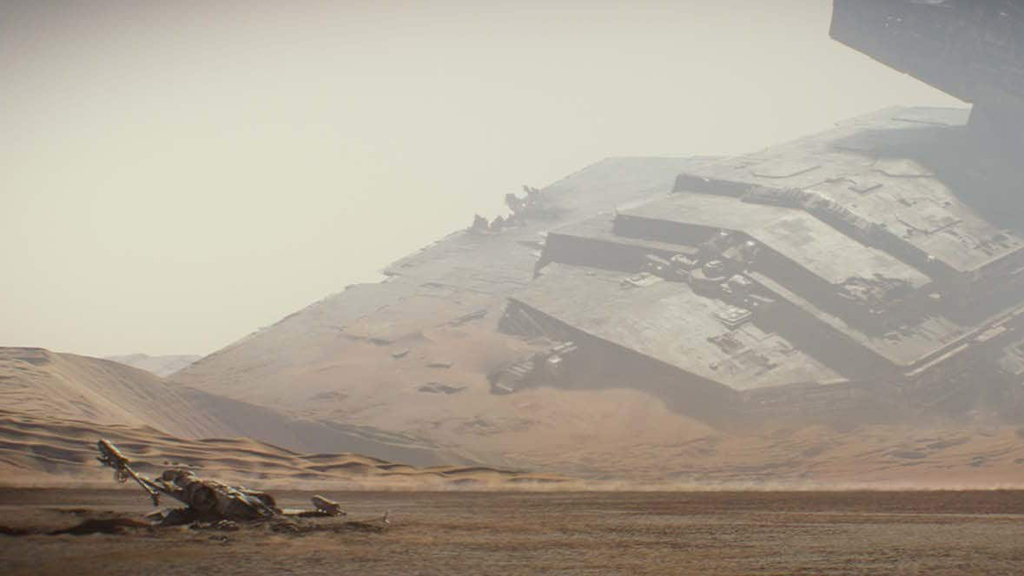 So, technically this is the remains of a battle, rather than the actual fight, but it is such an an arresting image from The Force Awakens. The half-buried Star Destroyers would pose unique design challenges to achieve the correct wedge shapes, and Technic voodoo balls would be around the right size for the bridge deflectors. Rey’s speeder crossing the landscape could use a dark red ice-lolly piece, which is a similar shape, and be attached via a transparent clip in a brick-built sand dune to give a hovering effect. 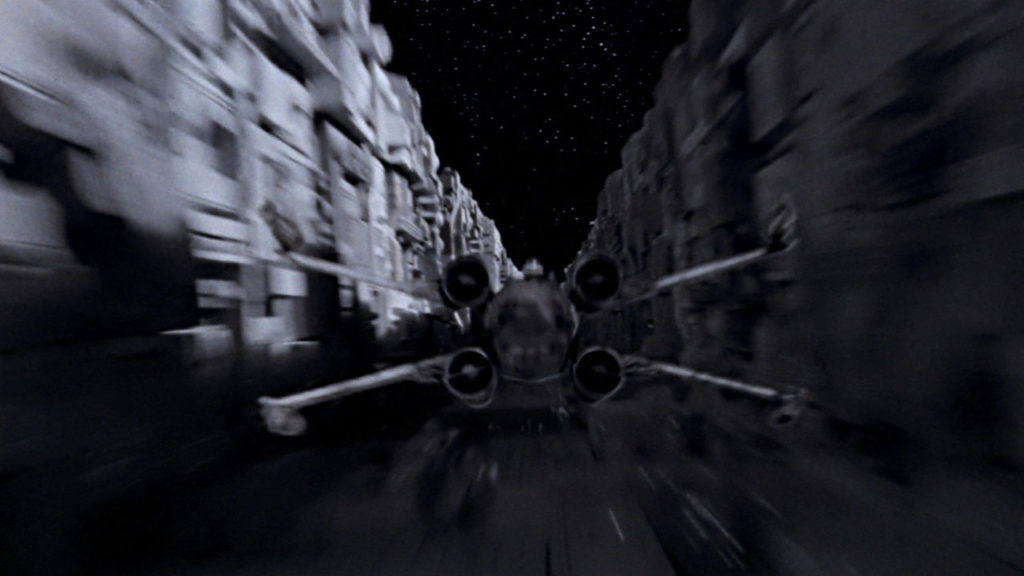 Perhaps the most famous battle in the entire Star Wars saga is actually the first – Luke Skywalker taking a one in a million shot against the Death Star. The shape of the scene would need to recreate the trench and be covered in more greebling than fans can shake a proton torpedo at. Many LEGO Star Wars advent calendars have included micro-scale X-Wings and TIE fighters, which could easily be re-used here and mounted in the trench with transparent LEGO bar pieces. Transparent green studs or lightsaber blade elements could also imitate the laser emplacements protecting the trench.

Battle of Geonosis (Episode II: Attack of the Clones) 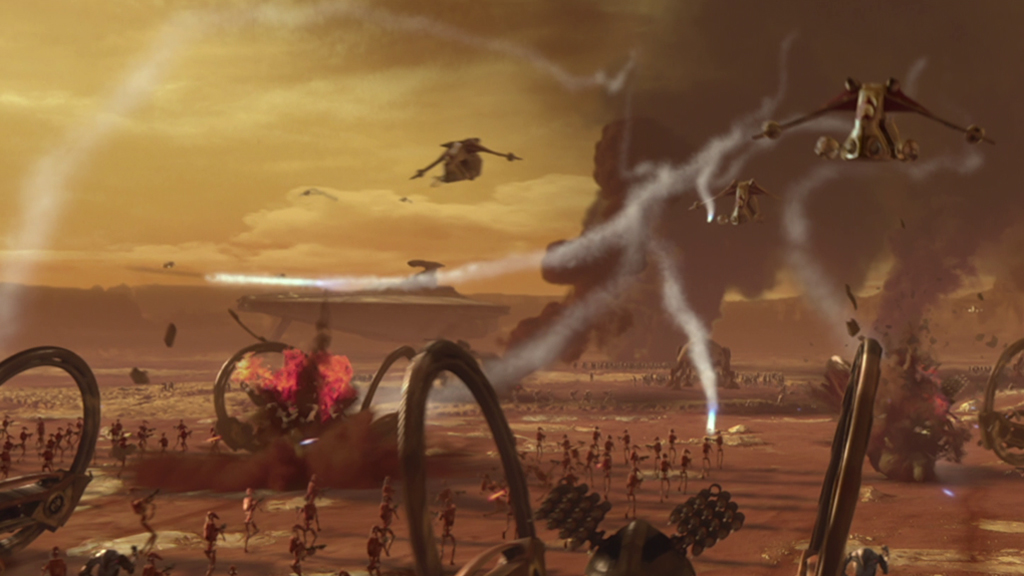 There are many thrilling action sequences on Geonosis that could provide micro-scale inspiration, from the droid foundry to the Geonosian arena. If the designers focussed on the events in Petranaki Arena, then 1×1 studs in suitable colours could represent the captive Jedi Knights and Padmé Amidala, with a stepped building technique creating the ‘bowl’ of the arena. A second choice would be the Republic forces engaging the Separatists, with miniature spider droids and AT-TEs surrounded by plenty of light tan studs recreating the waves of Battle Droids advancing across the dusty battlefield. 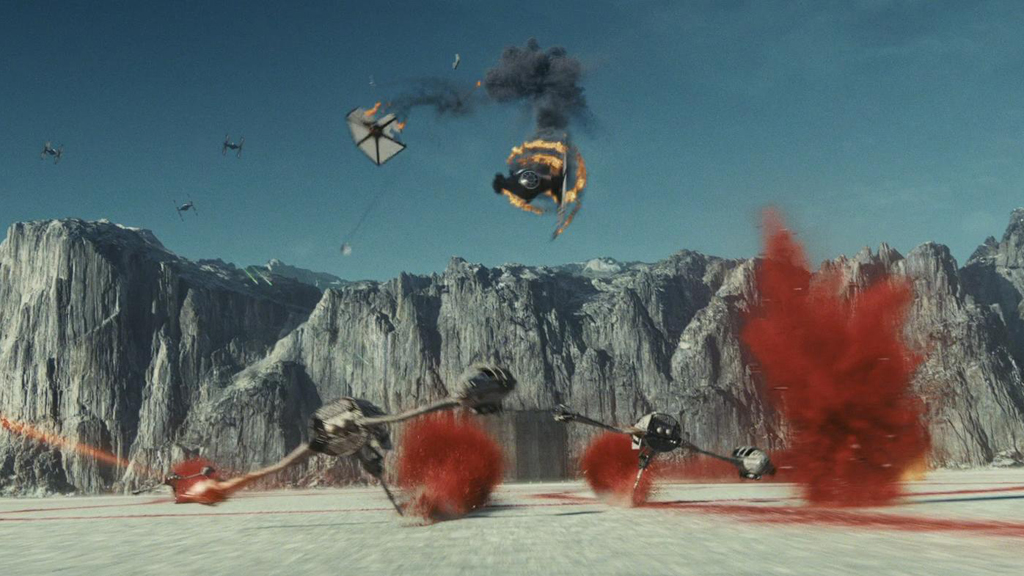 The Last Jedi has several incredible battle scenes, and the battle of Crait is no exception during the film’s dramatic finale. The most important feature of any micro-scale set would be the contrasting red and white colours, with the Rebellion-era door on one side and the First Order forces on the other. Tiny AT-M6s could take inspiration from the 30497 First Order Heavy Assault Walker polybag the LEGO Group released in 2017, whilst stacked LEGO radar dish bricks would work as the Resistance laser-turrets. 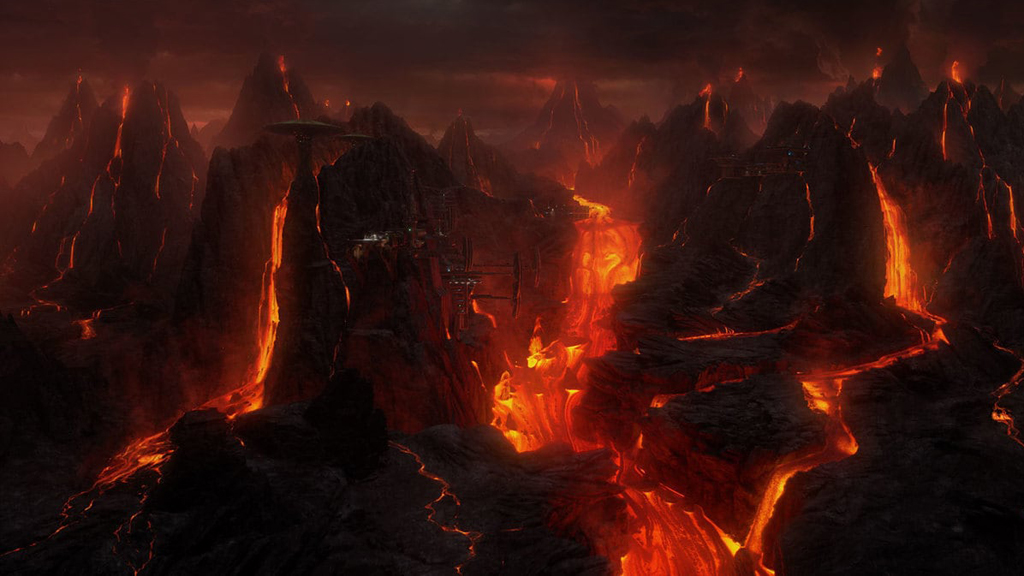 Surrounded by lava and flames, it was on Mustafar that Obi Wan and Anakin duelled. At micro-scale only the overall sense of this fight could be re-created, maybe by having the collapsing tower of the mining complex over the river of lava, with a mini version of Padmé’s chrome Naboo Star Skiff off to the side. Plenty of trans-orange and red parts would be needed for all the lava, particularly the ‘waterfall’, and by using studs intermixed with tiles the designers could suggest the sense of it flowing.

There are many dramatic battles throughout Star Wars both in space and on a variety of planets. From the actual movies to television series like The Clone Wars and Star Wars: Rebels, there is plenty of inspiration for future micro-scale sets.