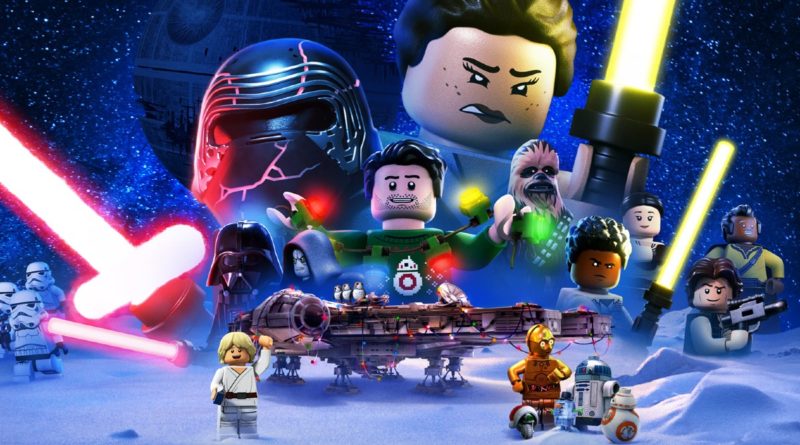 With the reveal of LEGO Star Wars Terrifying Tales, we can’t help but ponder which theme, fictional or not, might be next for a future brick-built special.

As well as being home to hours of action, Star Was is also home to plenty of its own celebrated days for the various intergalactic residents that dwell within a galaxy far, far away.

From familiar celebrations to niche new locations, here are five places and times we’d love to see have their own dedicated LEGO Star Wars special next.

First appearing in The Phantom Menace, this annual holiday was hosted by the Hutts and took place on Tatooine where a huge Podrace would take place. The aptly named Boonta Eve Classic saw racers compete against each other for the ultimate victory, as well as survival.

A racing-centric special for LEGO Star Wars could see characters from any one of the trilogies facing off in a high-stakes chase to the finish line, complete of course with plenty of building, action and the usual brick-based comedy. It goes without saying that it could lead to some creative Podracer designs too.

Remembering the day that Emperor Palpatine named himself as the leader of the First Galactic Empire, Empire Day exists ultimately exists to remind the galaxy of who is in charge. Adored by some and hated by certain rebellious groups, the holiday has already been the subject of some animated screen time thanks to Star Wars Rebels.

Another idea for a LEGO Star Wars special could revisit the plucky gang of Jedi, Padawan, pilots and more on another occurrence of the holiday, with the Rebels taking the fight to the Empire on the all-important day once again.

Festival of the Ancestors

Debuting as part of The Rise of Skywalker, Pasaana is home to the Festival of the Ancestors every 42 years. Whilst we’ve already seen what the sequel trilogy team got up to there, there’s always a chance to turn back the clock in a galaxy far, far away.

A Festival of the Ancestors LEGO Star Wars video could see some fan-favourite characters from the Clone Wars, original trilogy or maybe even from the High Republic era to explore the holiday’s roots as celebrated by previous generations of Pasaana.

Considering that the LEGO Group have already produced 75293 Resistance I-TS Transport based on an attraction from the Disneyland and Walt Disney World’s Galaxy’s Edge expansion, it’s surprising to see that their animated adventures haven’t yet journeyed to the planet of Batuu.

A potential special based on Batuu might not be able to focus on any one holiday but instead, it could focus on exploring the new and unique characters that exist within the Black Spire Outpost in a series of shorter stories.

As has been proven with LEGO Star Wars Terrifying Tales, it’s not just fictional holidays such as Life Day that can inspire seasonal instalments of LEGO Star Wars content but real ones too.

Easter is another event from the (admittedly expansive) list of popular seasons that LEGO Star Wars has yet to touch, and one idea could be a themed scavenger hunt on the planet of Jakku. With Rey starting her life on the desert planet, it could be a chance to explain where some of the items in her AT-AT homestead came from.