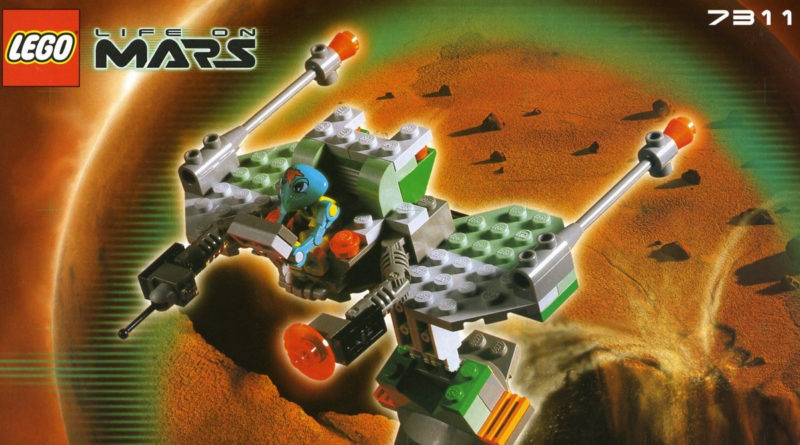 The arrival of LEGO 40567 Forest Hideout has got us thinking about other LEGO themes that deserve a tribute.

40567 Forest Hideout is an intriguing promotional set for LEGO fans. The model is a deliberate throwback to a similar model from the late 1980s, and a welcome return to the long-neglected Castle theme. The Forestmen subtheme (which it pays tribute to) was somewhat overlooked even in the theme’s heyday; just seven sets were produced with the Forestmen characters, making this set a welcome surprise.

While other sets like 11021 90 Years of Play honour LEGO’s past (and this year’s 90th anniversary celebrations) this kind of throwback isn’t actually a new concept. Several other promotional items, and sets like 21322 Pirates of Barracuda Bay, deliberately recreate LEGO sets and characters of days gone by. However, they tend to stick to LEGO’s earlier days rather than the themes that sprang up either side of the new millennium.

As such, we’ve highlighted five lesser-known themes that deserve resurrecting for this kind of promotional item:

Underwater sets are a surprisingly prolific part of LEGO’s product range. Themes like Aquazone envisioned epic underwater adventures, with factions like the Aquasharks and Stingrays bringing some menace to the ocean depths. Similar themes like Aqua Raiders and Atlantis would build on this concept, offering impressive sea creatures and lost ruins for us to explore.

While the LEGO Group has produced its fair share of sea creatures and submarines in recent years, we’d love to see a return to this more fantastical approach. There are plenty of excellent candidates, but something like 6155 Deep Sea Predator might make a nice change of pace from recent releases.

Before LEGO DeLoreans zoomed onto store shelves, ‘90s kids had to make do with the Time Cruisers range. This theme is about as ‘90s as you can get, with clashing colours and a whimsical design philosophy. However, it was also surprisingly innovative. Every vehicle in the range has mechanical functions that activate when it is in motion.

Although we do have 10300 Back to the Future Time Machine, there’s clearly some space for a minifigure-scale time machine on store shelves. 6491 Rocket Racer is a fine candidate for this kind of promotion, but its crude propellor mechanism (and minifigure nose) may not survive in a modern-day version.

The LEGO Group is no stranger to alien species, but Life on Mars still stands apart. It’s one of the few LEGO themes to depict humans and aliens in peaceful cooperation. It also gave LEGO fans a variety of unique colours and elements, some of which have never returned in later releases.

This theme boasts a range of wacky alien vehicles and structures, giving us a rare glimpse at an alien society in LEGO form. 7311 Red Planet Cruiser isn’t the most ambitious set of this era, but it captures its design aesthetic rather well. The alien creature shares several elements with the battle droids of the Star Wars range, suggesting a modern version wouldn’t be too onerous.

The early millennium era saw the LEGO Group visit the world of espionage and secret agents. Their first stab at this concept was Alpha Team, which pitted a team of agents against the sinister Ogel. The theme would prove to be surprisingly diverse, taking the agents to distant islands, underwater bases and frozen wastelands.

Despite a cast of more colourful characters, Ogel himself seems a natural choice for this kind of set. He earned a small model of his own in the unusual 6771 Ogel Command Striker, although sadly this set lacks the colourful hook hands he would later acquire.

The Power Miners theme launched towards the end of the ‘10s, building on the concepts of the Rock Raiders theme and offering more colourful vehicles. It also featured an attractive cast of rock monsters, who were none too happy with the miners invading their home.

While the storyline of the theme raises some awkward questions nowadays, its sets are still very attractive. 8958 Granite Grinder (which shares a name with a Rock Raiders model, ironically) features a rough-and-ready vehicle and a blue rock monster to play with. We’re kind of rooting for the latter, to be honest.