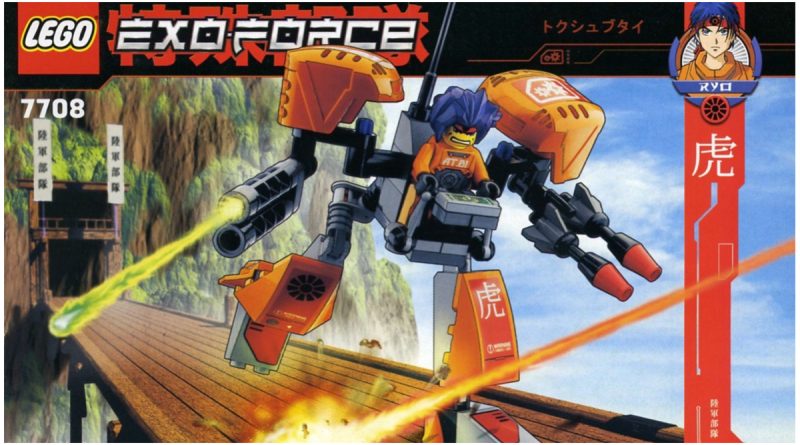 With Indiana Jones, Bionicle and Lord of the Rings all hinting at a return, there are a few more LEGO themes that we’d like to see get a second shot.

The rumour mill has been working overtime recently and as a result there are suggestions that three themes, all believed to be consigned to the LEGO vaults of history, may be making a comeback.  The scale of the comeback differs quite significantly for each theme, with Bionicle getting (supposedly) just a single promo set while Indiana Jones may be getting a handful of sets that could go up in price to around €150.

Meanwhile, Lord of the Rings, off the back of the new Amazon Prime TV series, could be getting anything from a new set of BrickHeadz to a €500 flagship set. Nothing’s confirmed yet, but it got us thinking. There are more than a few themes that fans would like to see resurrected, so here are a few suggestions.

Vikings was a short-lived theme from 2005. With just a handful of sets released, most of them focused on the mighty Norse warriors doing battle with various mythical creatures, including the Fenris Wolf and a variety of dragons. One set, however, seems to have resurfaced. 7108 Viking Ship challenges the Midgard Serpent looks very similar to this year’s 31132 Viking Ship and the Midgard Serpent from the Creator 3-in-1 range. There’s a resurgence of interest in the Castle theme after the release of 10305 Lion Knights’ Castle, and there’s not much point in having a castle if you haven’t got someone to defend it against. What better than some hairy Viking warriors?

Elves ran for five years in the twenty-teens and on the face of it, was a fantasy-based theme aimed at girls. However, with many of the sets featuring elements in pastel colours that didn’t often surface in many other ranges, it proved popular with the MOCing community who would purchase the sets and then immediately repurpose them. With very few current ranges utilising that colour palette, there are probably more than a few LEGO fans who would be happy to see it return.

Beloved by our Brick Fanatics leader, Exo-Force was a theme ahead of it’s time. Or maybe behind it. Modestly priced, this range of mecha based sets tried to catch the wave of interest in Japanese anime and manga, but rather than triumphantly riding the wave into the sunset, it sank without trace after just a few years. Now could be the time for a comeback. Looking at the recent LEGO portfolio, there are Marvel mechs, Ninjago mechs, Monkie Kid mechs, Batman mechs. All of which are different styles and designs. If only there was one unifying mech theme…

Short of marching on Billund with pitchforks and flaming torches, the legions of fans could not get their message across any more strongly. Classic Space should return. As part of the 90th anniversary celebrations, the LEGO Group produced 10497 Galaxy Explorer which went down a storm, as did Buzz Lightyear’s 76832 XL-15 Spaceship which owed more than a little of its styling to the original Space theme. But two sets do not make a theme (unless it’s Stranger Things), so come on LEGO designers – give the people what they want!

With Halloween just around the corner, we couldn’t help but notice a dearth of ghostly LEGO sets. Sure, there are a few small sets, such as 40570 Halloween Cat & Mouse or 40497 Halloween Owl, but nothing substantial. Monster Fighters was the perfect theme for when the evenings are drawing in and things are going bump in the night. And judging by the prices that Monster Fighters sets command on the aftermarket, there’s a big demand for the return of some spooky LEGO sets.

If you purchase any LEGO via our affiliate links, it helps to support Brick Fanatics. Thanks.

One thought on “With the LEGO Group on a nostalgia trip, five themes we’d like to see return”