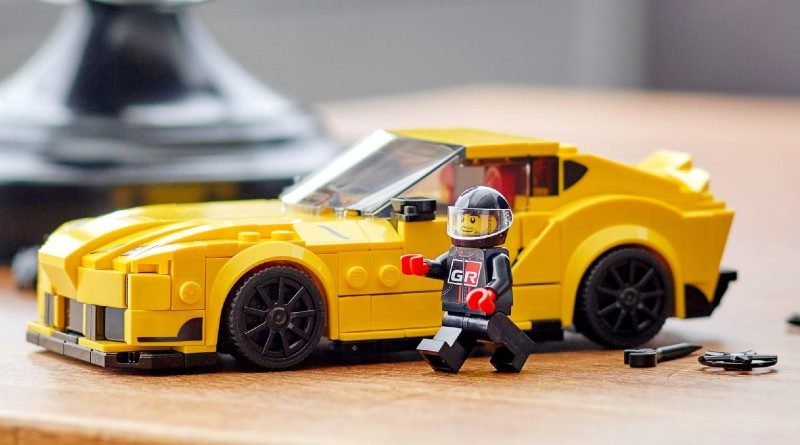 LEGO Speed Champions is welcoming some new manufacturers into its line-up this year with Koenigsegg and Toyota. However, we can think of a few others that need their own sets too.

Speed Champions has proved that its brick-built vehicles aren’t limited to the tarmac with plenty of all-terrain cars covered in the models. With that in mind, there’s almost no limit to the manufactures that the LEGO Group could still partner with for the theme.

We’ve got a few makers in mind that we’d love to see eventually translated into LEGO Speed Champions for some iconic, minifigure-scale supercars.

The name ‘Hummer’ has become a worldwide brand thanks to GMC’s line-up of consumer-friendly off-road vehicles. The box-like design of classic Hummer cars would translate perfectly into LEGO form whilst newer versions could make for a good comparison in a dual pack.

The six-wide system of older Speed Champions sets may have simply been too small for this partnership but now that the limits have expanded, a LEGO Hummer could well work within the theme and explore more spacious interiors for the motor models.

Bentley is home to some of the most luxurious and expensive cars on the market but rest assured, they’re still capable of the quick pace required for a LEGO Speed Champions set.

The design of Bentley cars has become a recognisable visage for many motor enthusiasts and a LEGO set for any one of their models could make for a budget-friendly tribute to the classic manufacturer.

So far, there has only been two LEGO sets in partnership with BMW in the form of a 2013 Racers polybag and Technic 42063 BMW R 1200 GS Adventure.

Since neither of them was minifigure-scale, one of the manufacturer’s cars or a Speed Champions model – it seems about time that we get a proper LEGO BMW automobile build.

For those of you familiar with the world of rally racing, the Subaru Impreza WRX STI has likely been cemented in your mind as one of the most iconic vehicles of all time.

This division of racing is one that Speed Champions has touched before with 75885 Ford Fiesta M-Sport WRC but so far that car has been driving alone. An accompanying set in partnership with Subaru could provide some much-need competition while also reintroducing rallying to the LEGO theme.

The LEGO Group and Aston Martin have also had a set before, in the form of 10262 James Bond Aston Martin DB5, a model that we reviewed here. However, Aston Martin is another manufacturer that has to make its way to Speed Champions.

Modern and classic Aston Martin supercars have become one of the most well-known vehicles in the world with a sleek design that the LEGO Group’s revitalised catalogue of parts could be accurately captured in a Speed Champions set.