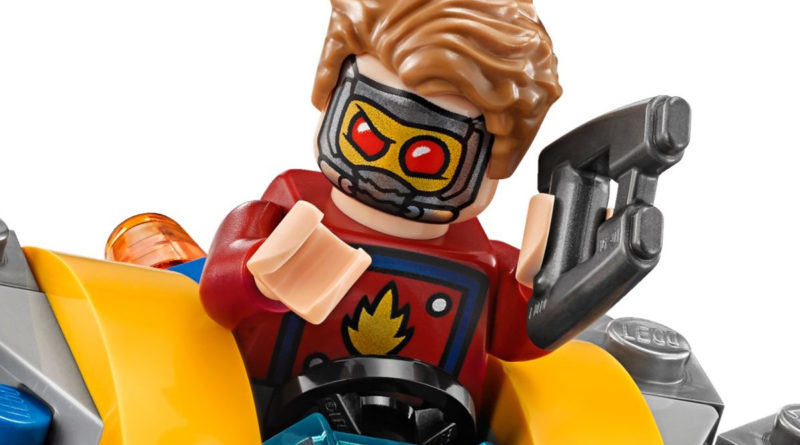 The announcement of 76223 Nano Gauntlet has gotten us thinking about other large scale accessories we’d love to see in LEGO form.

Yesterday, LEGO Marvel fans got an intriguing new set to add to their collection. 76223 Nano Gauntlet recreates the Tony Stark-designed gauntlet from the end of Avengers: Endgame, and should be an excellent companion to 76191 Infinity Gauntlet.

With other sets like 76209 Thor’s Hammer releasing recently, the possibilities really are endless for new LEGO Marvel sets of this ilk. With that in mind, here’s some we’d love to see the LEGO Marvel theme explore in the future.

Created during the Second World War, the classic round stars-and-stripes shield has become a potent icon in the Marvel universe. It’s not just the deadliest frisbee ever created; it’s a potent symbol of the kind of courage and selflessness the films’ characters can aspire to.

As such, having some kind of LEGO version would be welcome – either as a display piece or as a physical prop. It might prove something of a design challenge (round shapes have always proven a difficulty in LEGO form) but when paired with 76209 Thor’s Hammer it’d allow for some great, end-of-Avengers: Endgame play scenarios amongst LEGO Marvel fans.

Of course, as a UK-based site we do have some loyalty to our home turf. Captain Carter (a super-powered version of Peggy Carter in an alternate world) was a welcome surprise in the What If…? TV show. Her shield features the union flag, as well as the roundel typically used by the RAF.

76223 Nano Gauntlet shows the LEGO Group isn’t afraid to revisit similar subject matter, and having both Captain America and Captain Carter’s shield would make for a nice two-pack. It’d be great to be able to display both of them at once as well.

Guardians of the Galaxy introduced many iconic elements, including a pair of distinct sidearms used by Peter Quill. The shape of the Quad Blasters was so unusual it necessitated an entirely new element – a rare honour for any LEGO weapon.

This one seems like more of a long shot (pardon the pun) given the LEGO Group’s aversion to realistic violence in its products. But given its willingness to reimagine and revisit weapons in its minifigure-scale sets, it seems like an odd choice to discount these entirely as a prospect.

While the LEGO Infinity Gauntlet and Nano Gauntlet are nice, they’re let down slightly by the fact you can’t wear them. The closest we’ve gotten to a wearable glove in LEGO form is 70839 The Rexcelsior!, which was released for The LEGO Movie 2.

Tony Stark uses cruder repulsors on his hands in the first Iron Man movie, while his friend Happy Hogan uses one in the What If…? TV show. Having a more skeletal design in LEGO form might allow it to be adjusted to suit different hand and arm sizes – which, given the sizeable older audience for Marvel, would be rather popular.

The Eye of Agamotto houses the Time Stone (one of the six Infinity Stones) and plays a major role in the first Doctor Strange movie. The good doctor uses it in his fight against Dormammu, including reversing the damage he caused by sending the world backwards in time.

The Eye of Agamotto is (bluntly) one of the more attractive receptacles of an Infinity Stone, and of everything on this list it’s the easiest to replicate. It’s small, non-offensive and can even be worn by LEGO fans. Whether its cool mechanical functionality can be replicated by today’s LEGO designers remains to be seen.