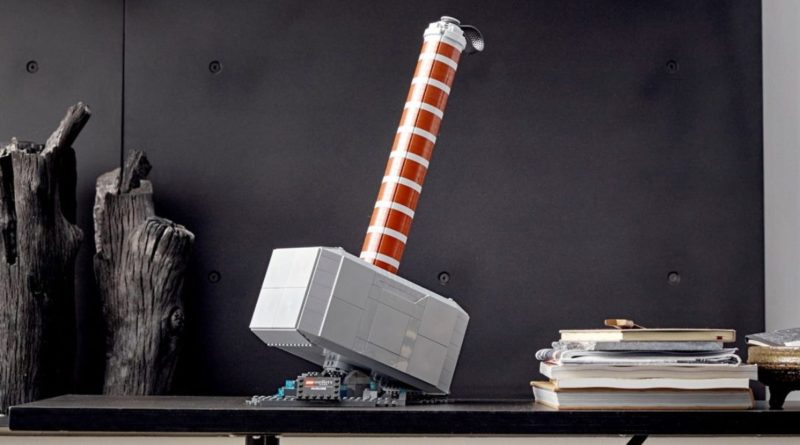 The Marvel Cinematic (and comic) Universe is full of props that need their own LEGO set, much like the newly revealed 76209 Thor’s Hammer.

The LEGO Group will soon have released three builds dedicated to imagining weapons and armour from the Marvel Cinematic Universe in bricks, with 76165 Iron Man Helmet, 76191 Infinity Gauntlet and the upcoming 76209 Thor’s Hammer.

However, the superhero franchise has lots of other props that could be worthy of a LEGO Marvel model, including these five:

As one of the key elements to the Marvel Cinematic Universe, even reappearing in the latest film at the time of writing, Tony Stark’s Arc Reactor has gone through a few evolutions since its debut and any of the variations could be the perfect inspiration for a LEGO Marvel recreation.

The design would likely differ based on which Arc Reactor is chosen as the subject material unless instructions to build all four as alternate models were provided.

Black Widow, and the agents that go by the same name, use this wrist-mounted technology to deliver a shock to their enemies in battle and their design has been heavily inspired by the comics, with changes appropriate for the Marvel Cinematic Universe.

Returning to 76191 Infinity Gauntlet, this idea might be better suited once the Marvel set has retired as a way to bring back the build with a slightly different design. The Nano Gauntlet was a key plot device in Avengers: Endgame and featured a shining red and silver structure with hints of hold, mirroring the preferred colour scheme of its creator – Tony Stark.

A model for the Nano Gauntlet could use nearly the same design as 76191 Infinity Gauntlet, but with a swapped colour palette that would make it ready to display alongside the currently available build.

Thor may already have his hammer releasing as an official LEGO Marvel creation soon, but his helmet is another key part of the character’s appearance from the comics that has appeared only a few times in the Marvel Cinematic Universe.

Classic and arena variants of the winged helmet have featured in the Marvel Cinematic Universe, and either could provide adequate inspiration for a model with a similarly open design to 75327 Luke Skywalker (Red Five) Helmet.

The Marvel Cinematic Universe might not be the only source of inspiration for potential LEGO Marvel prop models as the comics also have a variety of brightly-coloured weapons and armour to recreate.

Hawkeye’s helmet comes to mind as a possible subject for a future build, with the purple and black design meaning LEGO designers may be able to draw from the design of 76238 Classic TV Series Batman Cowl.

Support the work that Brick Fanatics does by buying or pre-ordering your copy of 76209 Thor’s Hammer using our affiliate links.