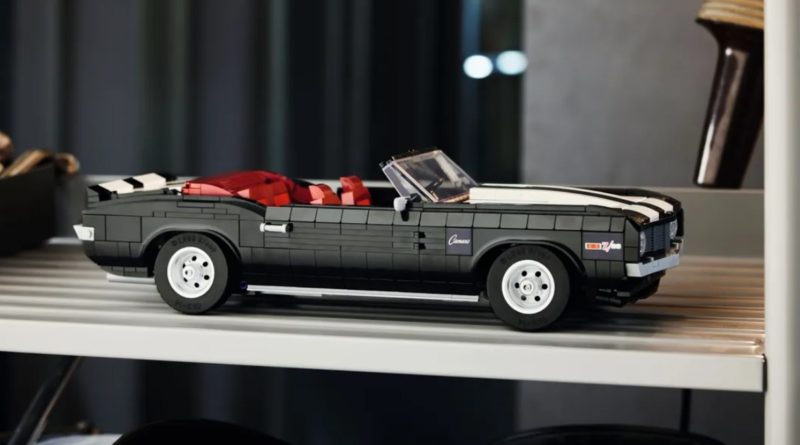 Following the Ford Mustang and the Chevrolet Camaro Z28, there’s a rich seam of US muscle cars to be mined.

The USA has a long history of so-called ‘muscle cars’ stretching back to the 1960s. Reasonably priced, ridiculously overpowered and styled to appeal to boy (and girl) racers, every manufacturer worth their salt had at least one in their line up. Harking from a time when petrol was so cheap it didn’t matter that your car only did about 20 miles to the gallon, and the average 18 year-old could still afford to insure a car, it was a golden age.

The LEGO Group dipped a toe in that particular pond a few years back with 10265 Ford Mustang and it became a runaway success. It not only looked good – more than good – on display, you could modify it to go from a ‘stock’ model to something outrageous, with jacked up suspension, side exhausts and a huge supercharger.

It was no surprise, therefore, that we recently saw another set, 10304 Chevrolet Camaro Z28, join the Mustang as another customisable, highly detailed set in the ICONS range. While other cars in the same vein have been released, notably 42111 Dom’s Dodge Charger from the Fast & Furious franchise, as a Technic model it lacked the style and display appeal of the ICONS sets.

So what other street-legal hot rods could we see in future? We’ve got five suggestions.

This car is probably familiar to many as Strip “The King” Weathers from the Pixar movie, Cars. The Superbird was designed to compete in the NASCAR series, but to comply with the rules, Plymouth had to have at least 1,920 road-registered cars. It’s wedge-shaped nose and enormous rear wing gave it a distinctive look that meant it was never going to be confused with anything else.

While most will associate the Charger with Dom Toretto from the Fast & Furious series, older readers with hark back to two good old boys from Hazzard County, Georgia and their seemingly indestructible 1969 Dodge Charger, the General Lee. It’s an iconic design that would sit happily alongside the Mustang and the Camaro.

Introduced in 1970 and powered by a vast Hemi V8 engine, only 115 examples were sold, making this one of the rarer muscle cars. It fell foul of new emissions regulations in 1971, and rather than detune the engine, Plymouth decided to withdraw the car from sale. With a mean stance, fat tyres, incredible performance and a whole lot of attitude, this was a classic muscle car.

The Camaro wasn’t Chevy’s only muscle car. With 450bhp, the Chevelle SS 454 was, according to many, the most powerful muscle car of the era. At least before the tuners got to work under the hood. With styling that was less outrageous than many of its contemporaries, it was something of an oxymoron – a subtle muscle car. Right up until the lights turned green, anyway.

The Trans Am has shown up many times in popular culture, but is probably best known as being the car of choice for Bo Darville, aka The Bandit. In the 1977 film, Smokey and the Bandit, Burt Reynolds character led Sheriff Gleason a merry dance in his black and gold Trans Am. While the targa roof might prove a bit tricky to replicate in LEGO, we reckon it would be worth the effort.

Fancy building your own LEGO muscle car? Purchasing your LEGO via our affiliate links helps support the work that Brick Fanatics does. Thanks.