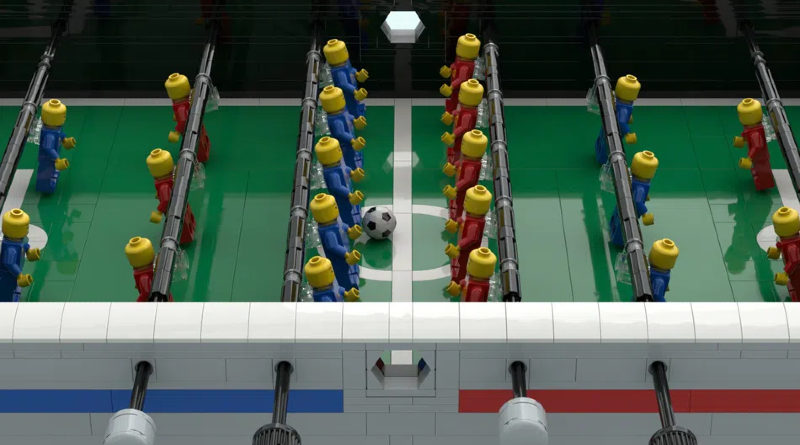 With the reveal that a new LEGO Ideas set will be introducing bricks to the world of tabletop sports, we’ve got a few more we’d love to see the LEGO designers tackle.

The results of the LEGO Ideas We Love Sports contest were announced at LEGO CON 2021, revealing that Donat Fehervari’s Foosball Table would be transformed into an official future set.

However, football is far from the only sport that has been reimagined as a tabletop experience, so here are five more that would make for some fun LEGO models.

The LEGO designers would have to pull out all the stops for a working air hockey table, or maybe leave out the air elements and rely on classic pushing and friction instead.

Alternatively, they could opt for a minifigure-scale model and create another GWP, such as the upcoming castaway set that won the coastal contest. It might be a challenge, but brick-built hockey could be fun to see and even make use of the relevant character from Series 4 of the Collectible Minifigures.

While table tennis could be done in a similar way to our suggested hockey game, it would be a shame for such a simple but enjoyable premise to not be turned into an interactive model.

We imagine that such a set could make use of the classic LEGO balls with a fabric net making use of the LEGO Group’s textile innovations. If a set can have real laces, why not a stretched net?

As another LEGO Ideas model currently in review, this build is probably the most likely to be turned into an official set. Whilst nothing has been confirmed, the LEGO designers could base a model for this sport on either the regular game or its smaller variety.

Assuming that the latter would be chosen considering the Ideas project, opportunity for miniature builds and more, a LEGO Mini Golf could provide plenty of possibilities for Easter eggs too.

Snooker, or pool depending on what you prefer to call it, is another simple but fun game that seems somewhat easy to transfer to bricks but might make for a bigger set.

We can imagine a model representing this game would have to be an official retail model and not a GWP, with mechanisms to carry any scored balls into a holding area for future use. We’ll have to see just how popular Donat Fehervari’s Foosball Table is.

Admittedly, there was an official LEGO Pinball set in 2020, offered as an exclusive promotion in Asia. This model, which you can see pictured above, featured just on obstactle in the form of an archway that resembles the iconic LEGOLAND entrance.

This concept undoubtedly needs a bigger model, one with many challenges for players to face as they attempt to stop their ball from falling to rack up points. Perhaps it could even be outfitted with MINDSTORMS sensors to digitally count your score.