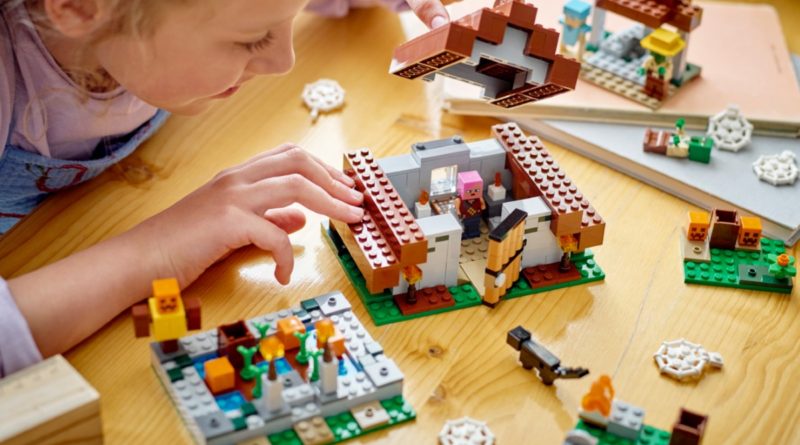 Compared to the rest of LEGO CON2022, the two Minecraft summer models might have been overlooked, though they feature new content for the theme.

With reveals like 10305 Lion Knights’ Castle, 75337 AT-TE Walker and 76218 Sanctum Sanctorum, it’s safe to say that LEGO CON 2022 was packed with announcements. We’ve summarised the entire show here but you’d be forgiven for overlooking the two new Minecraft sets that were showcased at the event – 21189 The Skeleton Dungeon and 21190 The Abandoned Village.

Now that LEGO CON 2022 has passed, we can take a closer look at these builds and see what new content they’ll be bringing to LEGO Minecraft.

Inside the chest found in 21189 The Skeleton Dungeon, a music disc can be found. It features two shades of green at the centre. Based on what discs can be found in dungeons, this seems most likely to be Cat. It’s the first music disc to appear in LEGO Minecraft, with 14 more to go to complete the collection.

Made up of Pointed Dripstone, stalactites and stalagmites are relatively new formations in Minecraft and are making their LEGO debut in 21189 The Skeleton Dungeon. The natural formations of the Lush Cave represented on the left have been partially represented before in 21183 The Training Grounds, though the Dripeaf are also new to this set.

Much like 21119 The Dungeon, the spawner in 21189 The Skeleton Dungeon features a miniature representation of the creature that it spawns as a small skeleton with a detailed face can be seen in the central block. The circular brick located next to the spawner will be able to spin the skeleton inside the cage too.