With Resistance bringing a new animated television series to fans around the world, Brick Fanatics counts down five of the best LEGO Star Wars sets inspired by the small screen 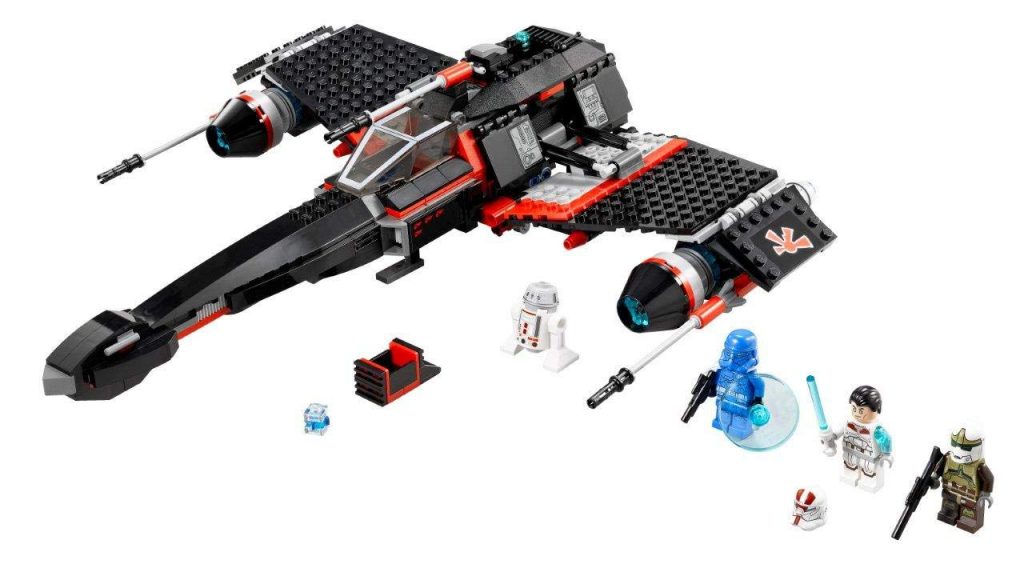 Set during the prequel era, The New Yoda Chronicles was a comic, web and TV-based series that pitted Yoda against Count Dooku’s latest weapon – a Force-enhanced Clone Trooper named JEK-14. The series was launched with some fanfare and created a handful of the most highly sought after LEGO Star Wars exclusives ever, although the commercial toy line only numbered two sets. JEK-14’s Starfighter, with its snub-nosed aspect, powerful engines, folding wings and four minifigures, was the best.

In the early days of Star Wars video gaming, before 3D graphics and studio enriched audio, we had just sprites, a collection of multi-coloured dots arranged in a way that expressed a character, a foe, a wall or an object. As fun as these games were, they weren’t very inspiring, but that all changed in the late 1990s when LucasArts gave us X-wing (1992) and TIE Fighter (1993) – and with it one of the most devastating spacecraft ever created by the Empire – the TIE Defender. Produced by LEGO in 2010, this toy came with Stormtrooper and TIE Fighter Pilot mifigures, was armed with six flick-launching missiles and had a cockpit that rotated when the set tilted. It has been retired for half a decade and remains high on LEGO Star Wars fans’ want lists, but now that it has been made canon in the Thrawn novel there’s a chance it could be revisited. 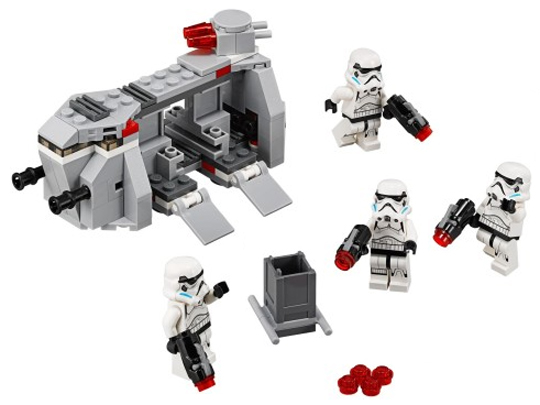 Making its debut television appearance in the second episode of Star Wars Rebels in 2014, this ground vehicle was designed to safely move troops, prisoners and cargo for the Empire. While the LEGO version was released in 2015 the very first rendition of the Imperial Troop Transport came out in 1979 and originated at Kenner, the toy company who made the vintage line of Star Wars action figures through to 1985. This 141 piece set included four Stormtrooper minifigures with stud shooters, a dual flick missile turret and space for the full complement of Imperial ground forces and all the extra ammo they need to hunt down Rebel insurgents.

This behemoth of a set is the grand-daddy of all the suriving Clone Wars material and was used by eponymously named Captain Rex and two of his fellow Clone Trooper retirees as the ultimate mobile home. The colourful build features cranes, ladders, armour panels and a top-mounted gun with spring-loaded shooter and came with five minifigures – Captain Rex, Commander Gregor, Commander Wolffe, Imperial Inquisitor Fifth Brother and a Stormtrooper.

We had our first glimpse of this in Attack of the Clones but it wasn’t until 2009 that the LEGO Group released this set as part of the Clone Wars line that fans had their own to swoosh around. Taking elements from the television series, rather than the second Star Wars prequel, this set acted as Chancellor Palpatine’s personal flagship and was armed to the teeth turbo lasers on the hull, two hidden rail-mounted cannons and a bomb bay. The interior of the ship was accessed by opening up the flip top lid to reveal a removable command bridge and the Chancellor’s quarters with desk, while swooshability was aided by a built-in handle. The Venator came with desirable minifigures includingf Chancellor Palpatine, two Senate Commandos, a Clone Pilot and a Clone Gunner.