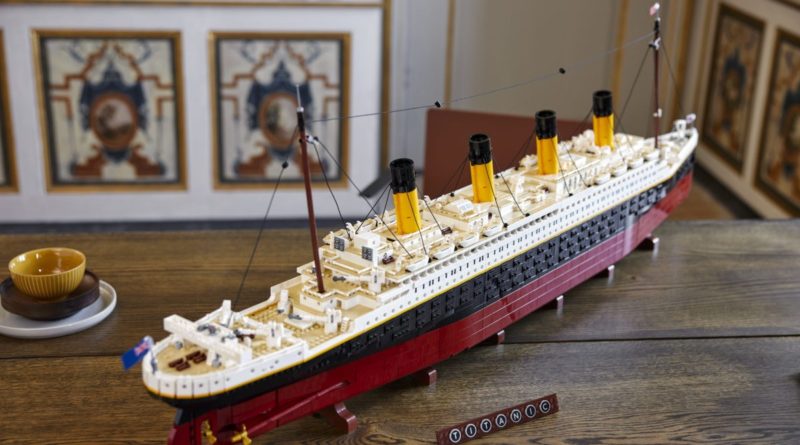 The LEGO VIP Weekend is here but some of the biggest models have sold out, so here are five sets you can get to make the most of double points.

As part of the 2021 VIP Weekend, the LEGO Group is offering double VIP points on all purchases, meaning that buying a few of the biggest models can quickly refill your credit to put towards exclusive rewards or future purchases.

To help advise your orders over the weekend, we’ve compiled five of the biggest LEGO models that you can still buy on the official online store and five others that are either sold out or temporarily out of stock.

LEGO Ideas 21329 Fender Stratocaster wasn’t the first instrument recreation in the theme with 21323 Grand Piano being a much larger and detailed model that imagines the iconic shape and function of a piano in bricks, and has even received an update since its release adding songs and features to the Powered UP app.

Out of stock – LEGO Disney 71044 Disney Train and Station

Retiring before the end of 2021, LEGO Disney 71044 Disney Train and Station is completely out of stock on the official online store, meaning that anyone hoping to purchase the theme park recreation is out of luck with no more stock available to allocate.

While it may not be quite as long as 10294 Titanic, LEGO Harry Potter 75978 Diagon Alley is a lengthy creation suited for any shelf or Wizarding World display that faithfully recreates the magical street at minifigure-scale with interior and exterior details that anyone familiar with the franchise is sure to appreciate.

For a limited time, ordering 75978 Diagon Alley will not only get you a free vintage sign and 40484 Santa’s Front Yard but will also see 5920 points added to your account.

Despite costing £569.99 in the UK, $629.99 in the US and €629.99 in Europe, the high price of LEGO for Adults 10294 Titanic hasn’t dissuaded most away from ordering it as the set is currently temporarily out of stock on the official online store. When it is in stock on double points, it will add 9,120 to your account.

As one of the largest LEGO Technic models of all time, 42100 Liebherr R 9800 Excavator is also one of the most functional with plenty of motorised elements and moving parts that mimic the features of the real vehicle.

The microscale model of the iconic Hogwarts Castle has been popular on the official online store ever since its release with it currently out of stock on LEGO.com, but only temporarily. More stock is unlikely to be available before the VIP Weekend is over, but you can sign up for our LEGO Stock Alerts to know when it does return.

This entry will be useful for those who enjoy free items on the official online store with an order of 10284 Camp Nou – FC Barcelona getting you both of the gifts as part of the VIP weekend and plenty of points – not to mention the build itself depicting the home of FC Barcelona with every inch captured at a smaller scale.

A long time ago in a galaxy far, far away LEGO Star Wars 75192 Millennium Falcon was last in stock for an extended period. The most expensive model of all time has continued to be a popular choice on LEGO.com with it currently being temporarily out of stock.

To display your love of Star Wars among your LEGO collection, 75252 Imperial Star Destroyer is still available to purchase with two minifigures and 4,784 pieces included. For those wanting to earn over 10,000 VIP points during the VIP weekend, this set might be for you.

While 42100 Liebherr R 9800 Excavator is still available to order online, the newer 42131 App-Controlled Cat D11 Bulldozer has already sold out despite being recently released on LEGO.com. When it is available, you can use the CONTROL+ app to position and move the creation with all the features and functions of a real bulldozer.