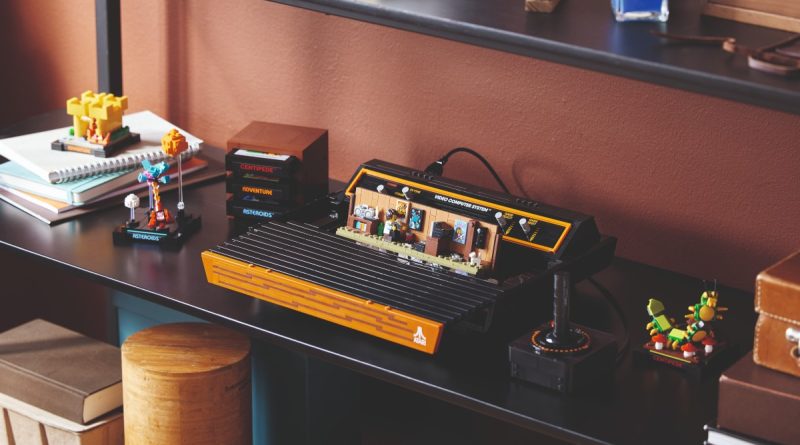 The LEGO Group is no stranger to video games, though the many partnerships have led to some surprising sets, including one very recently.

10306 Atari 2600 will launch later this year as the latest creation inspired the games industry and the Atari 2600 console as well as a selection of its catalogue. It’s far from the first game-inspired creation though, with past models including builds of all shapes and sizes.

As we wait for the future, let’s look back at five of the most surprising and unusual game-based LEGO sets, though might not seem quite as strange today as they did when they were first released.

Released as part of the first year of LEGO Dimensions, 71235 Midway Arcade Level Pack stood out compared to the various other licensed properties from DC to Back to the Future as this pack is based on classic arcade games.

The physical build is designed to anchor the in-game experience and is only made up of an arcade cabinet for Defender, a minifigure and the G-6155 Spy Hunter. However, this is still a surprising inclusion compared to the rest of LEGO Dimensions.

Despite these challenges, it was revealed earlier in 2022 that the first LEGO Star Wars set based on the game would release in the form of 75335 BD-1, potentially opening the doors for models inspired by the sequel, though that’s only speculation and has not been confirmed.

As a LEGO set aimed at an older audience, 76989 Horizon Forbidden West: Tallneck is unusual for being the first model based on a PlayStation title, and one of the newer properties rather than classic and nostalgic titles to boot.

For as surprising as 76989 Horizon Forbidden West: Tallneck still is though, it appears to have been popular with it quickly selling out on the official online store repeatedly.

The first year of LEGO Super Mario focused on the course-building expansions at first, but these builds were soon joined by the nostalgic 71374 Nintendo Entertainment System, offering something for older audiences who might not be as interested in the main models of LEGO Super Mario.

It might be that the release of 71374 Nintendo Entertainment System is what paved the way for the final model on this list too, making it a little less surprising, but still introducing a brand new partner to the LEGO portfolio.

Launching on August 1, 2022, 10306 Atari 2600 is a homage to the 50th anniversary of Atari and the classic console itself, representing three of the most iconic games in its catalogue with dioramas and cartridges for Adventure, Asteroids and Centipede.

10306 Atari 2600 also marks the first time that the LEGO Group has partnered with Atari, making this set one to remember for enthusiasts looking for a nostalgic tribute to the company on its 50th anniversary.

Support the work that Brick Fanatics does by purchasing your game-based LEGO sets using our affiliate links. Thank you!