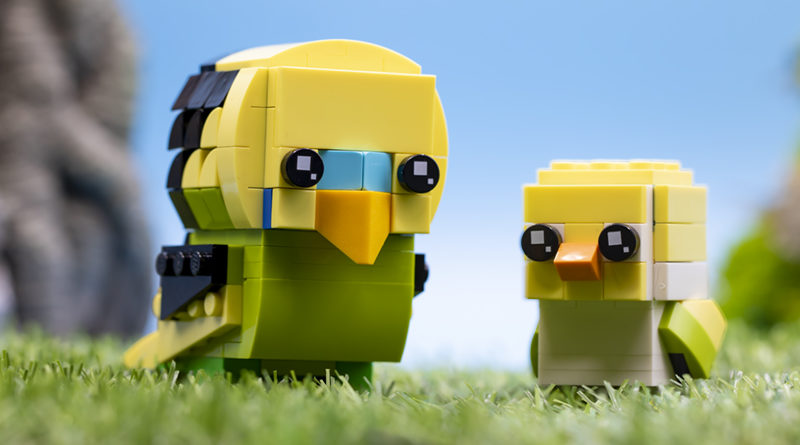 The LEGO BrickHeadz Pets subtheme has already seen five of the furry, feathered, and finned friends portrayed with younger versions of them, but what other animal companions could be next?

So far, the LEGO BrickHeadz Pets has covered some of the more common options for the creature cohorts like the newly revealed 40479 Dalmatians, as well as some comparatively unusual choices such as in 40443 Budgie.

There are plenty of other types of pets out there though for the BrickHeadz designers to choose from, so here are five we’d love to see the theme tackle.

Hamsters are the most obvious for a future set, with the small furry rodents working their way into the hearts of many. These creatures are commonly found within caged environments with enrichment toys such as exercise wheels. A LEGO model of them could include this surrounding habitat, with miniature builds for a water dispenser, spinning wheel and more to add some function to the BrickHeadz build.

Next on the list a more exotic pet, reptiles come in many forms but some popular options for the scaled companions are bearded dragons and leopard geckos. Both feature patterns and shaping on their scales that a LEGO BrickHeadz could capture without any additional printing, and their base could consist of some warm rocks for them to lay their weary heads upon.

The LEGO Group have visited the long-eared rabbits before, such as in 40463 Easter Bunny and even in a separate BrickHeadz, 40271 Easter Bunny. However, a new model could the LEGO designer’s chance to make those previous builds even more adorable by pairing it with a smaller friend.

Horses are another unusual, and expensive pet to take care of. There have been quite a few LEGO Horses before from the LEGO Group’s past present and future, but a BrickHeadz could be a chance to reimagine the designs to fit the iconic shape of the sets.

Taking the surprisingly scary top spot is an arachnid entry. Tarantulas are one of, if not the most exotic pets you can have, as well as being downright terrifying to some. However, these and other spiders could make a great LEGO Brickheadz, as well as being the first eight-legged model in the theme. It could also be a chance to provide some detailed printing for the furry appendages of the animal.