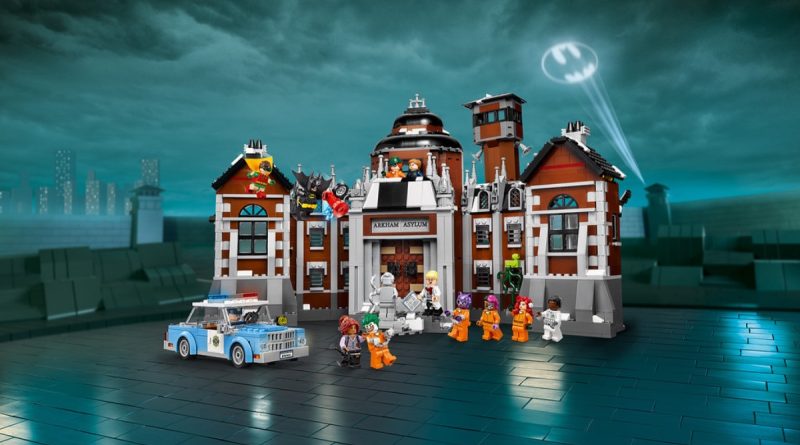 While popular thinking is that this mammoth model will swing away from DC – and current momentum is certainly with Marvel – concrete details on 76210, which so far only has a product number and price tag, are few and far between. And in the absence of any further information, that leaves us free to speculate on possible candidates for a $500 set across either Marvel or DC.

After all, Marvel has already had one £200+ model this year in 76218 Sanctum Sanctorum (launching August 1), and is said to be getting another in 76215 Hulkbuster in October. A third Marvel flagship release within the space of five months – presuming 76210 does indeed launch in 2022 – feels ambitious, and would break the now-established pattern of a DC-themed direct-to-consumer set launching every November.

With all that in mind, let’s dive into five potential choices for what may be the final superhero set of 2022 – but remember that its existence is still only rumoured for now, and nothing may come of it at all.

We know the LEGO Group loves Avengers Tower – we’ve had three since 2015, at two different scales – and it’s a pretty iconic symbol of the Infinity Saga, so ballooning it up to a $500 price point doesn’t seem entirely out of the question. Chances are it would also connect to 76178 Daily Bugle and 76218 Sanctum Sanctorum, but that may count against it this year: the Doctor Strange set hasn’t even hit shelves yet, so a follow-up so soon would be surprising.

For a DC location as iconic as Arkham Asylum, it’s frankly astonishing we’ve only had three LEGO versions in the past 16 years. The last, 2017’s 70912 Arkham Asylum, arrived alongside The LEGO Batman Movie – and was subsequently heavily stylised – while 2013’s 10937 Batman: Arkham Asylum Breakout remains the stand-out incarnation, almost a decade on. But given that set only included 1,619 pieces for £129.99, just imagine the potential that a $500 price tag could offer.

Probably the dullest option on this list is a do-over of 2015’s 76042 The SHIELD Helicarrier, which originally came in at £279.99 / $349.99 / €349.99. Add on seven years of inflation, factor in the imminent price increases, chuck in a few extra bricks, and it’s not difficult to imagine the Avengers vehicle occupying a $500 price tag with only minimal differences to its predecessor. And we’ve already seen the LEGO Group revisit seven-year-old sets in last year’s 76240 Batmobile Tumbler…

This is where things get more interesting. If the LEGO Group truly wants to deliver something fresh – while simultaneously justifying such a sky-high price tag – it could do much worse than finally embracing the X-Men with a huge rendition of Xavier’s School for Gifted Youngsters. The minifigures alone would be worth the price of entry for many, but that budget also allows for a properly impressive building. The unlikeliest option on this list, for sure, but also one of the most exciting.

The LEGO DC theme may be all but dead in the water – 2022 has brought us only a handful of sets based on Matt Reeves’ The Batman, and soon, a tiny 4+ model – but that’s exactly why we’re hoping this mystery $500 set (if it exists at all) will turn its attentions back to Batman, Superman, Wonder Woman et al. A Hall of Justice – or the Justice League’s headquarters – would be the perfect way to do that, while also celebrating the DC theme’s 10th anniversary.

For a more immediate LEGO superhero fix, 76218 Sanctum Sanctorum launches August 1. Support the work that Brick Fanatics does by purchasing your copy using our affiliate links. Thanks!