Conventional wisdom holds that Star Wars merchandise sells, and sells best when there is a movie coming out. Over the last few years, retailers and licensees have found that the Force is not with the goodies like it used to be, with the counter intuitive story being that Star Wars has gone from being the best selling licence before the release of The Force Awakens, to sliding down the chart since its release.

Hasbro announced poor Star Wars toy results, after LEGO Germany had confirmed a decrease in sales and the UK toy industry noticed a down turn. In addition, it is common knowledge within the toy industry that there is plenty of Rogue One: A Star Wars Story still sitting unsold in warehouses. Big clearance houses are struggling to sell the leftover stock even at rock bottom prices. How did Star Wars go from being surprisingly successful for companies like the LEGO Group over the past decade, to being the property that does not live up to expectations? 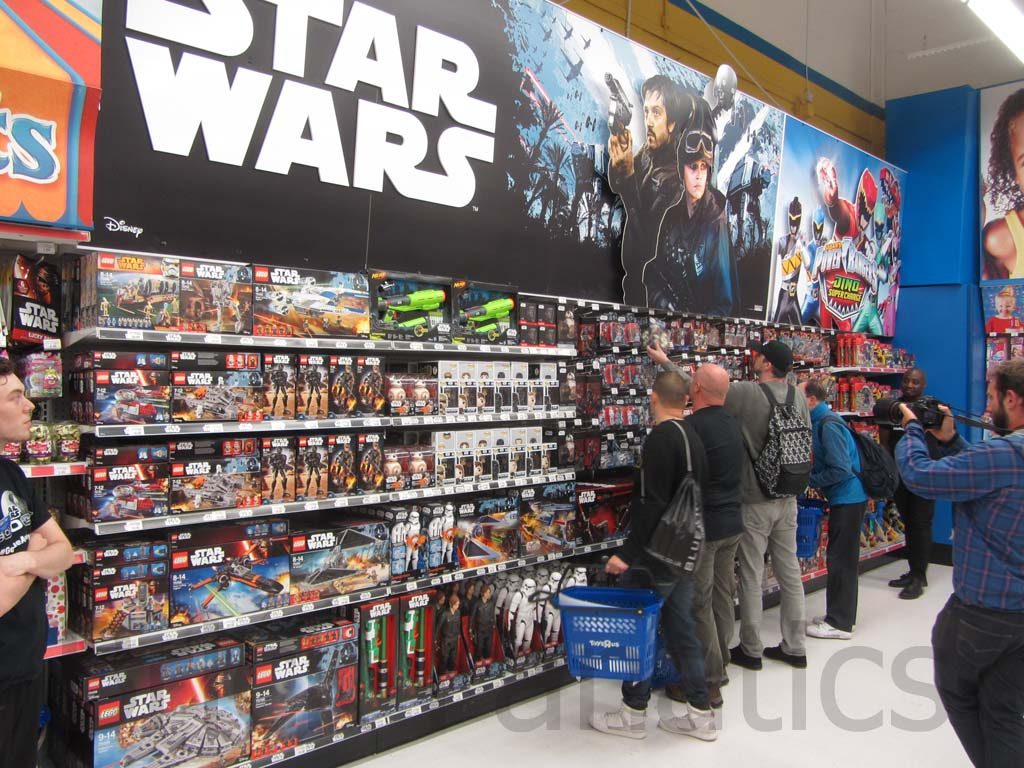 During the prequel era of Star Wars, the big launch day for a movie’s merchandise would happen and then the movie would be out one month later. That gave a sense of momentum to the whole thing. Products out, more posters start popping up, TV spots, cast and crew doing interviews… and then the film was out. Now, the product is released, and three months later when the film comes out, it is stale. The designs are well worn, nothing new has been released since, the momentum has fizzled out. Solo: A Star Wars Story won’t have this problem, but it will have the issue of coming hot on the heels of disappointing sales for The Last Jedi merchandise. 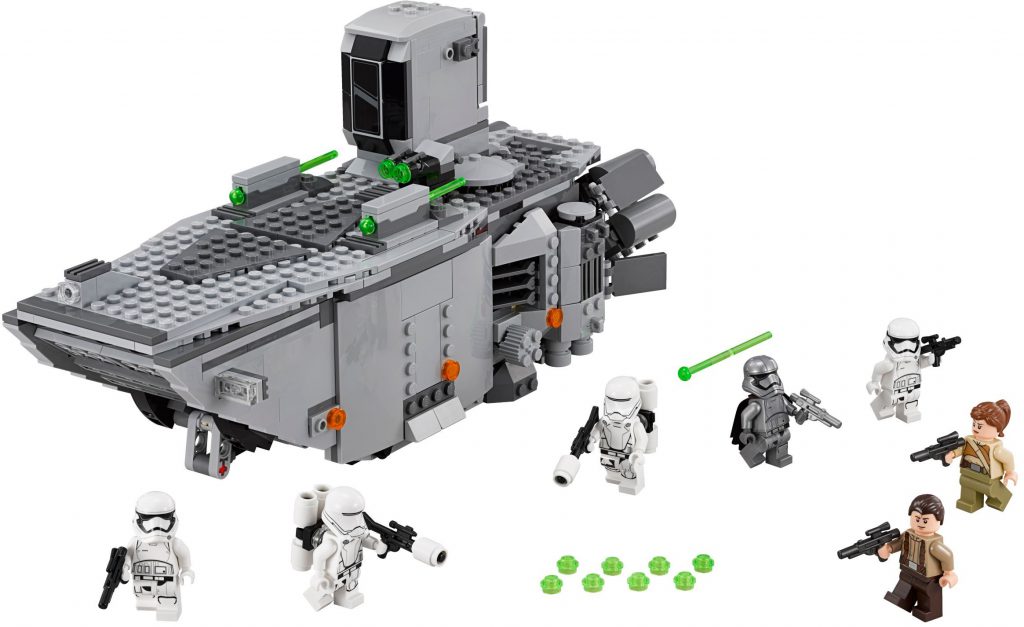 This is not a knock at the amazing team that Lucasfilm has working under Doug Chiang. Anyone who has thumbed through The Art of The Force Awakens or The Art of The Last Jedi will know that some amazing concept art was produced for the new Disney era movies. Unfortunately, some of the most boring designs were chosen for vehicles and locations. The odd gem sneaks through for sure, but the majority of the designs lack the spark that the George Lucas run projects had. Big, grey boxy vehicles like the First Order Troop Transporter do not have the ‘wow, that’s different’ quality that the original X-wing and the Jedi Starfighter did. A little colour in the universe would not go amiss.

Back when the classic trilogy was released, licensed toys based on movies barely existed. By the time the prequels were released, the pattern of how it worked had been established. A ‘master toy licence’ was awarded to one company – in the case of Star Wars, Hasbro-Kenner – and then product lines that were not relevant to that company went elsewhere. For example, construction toys went to the LEGO Group.

Today, the licence is split into tiny little product categories, so more companies than ever are producing Star Wars gear – but it makes it all the harder for a new fan to step in, and pick something to collect, because the thing they like might be one of the many product ranges that fails. An example of this is cute, stubby, collectible Star Wars characters. Funko makes Pop! Vinyl bobbleheads. Hasbro makes Mighty Muggs. The LEGO Group makes BrickHeadz. They are all the same product, at the same kind of price point, and oversaturation like this is not generating more sales – it is confusing the consumer and turning them off.

The collectors who came of age in the 1990s were overwhelmed with excitement when Star Wars came back, because it had not been around for what felt like forever. The opportunity to buy Star Wars toys was not something to be taken for granted, after the decade of dark times that had seen barely any products based on the beloved trilogy. Those same people who started to buy the new products back then are figuring out how to store their mammoth collections, deciding which to stop buying today. Someone who picked up the first LEGO Star Wars sets in 1999 has been collecting that theme for almost 20 years today. As for the new fans, they have never known a time when Star Wars merchandise is not available – to them, it is nothing special, because it has always been there, so what reason is there to rush out and buy it?

As much as adults, and collectors, like to flatter themselves that they have a big impact on the success of toy lines such as Star Wars, the overwhelming majority of consumers for these products are children. Toys are for children, and toy lines are developed with children in mind. Now, they spend more time on YouTube and streaming services, giving big event films like Star Wars less of a say in their lives. With the many, many entertainment properties distracting them from day to day, it is harder for one big thing to cut through and stay on their minds. So rather than picking up Star Wars toys, they are looking elsewhere for their plastic fix – and unfortunately, that might come from some vacuous mobile app game.

Some of these issues may work themselves out, as the free market balances with how much Star Wars merchandise consumers really want. Others may be rectified by the companies behind the toy lines, as the LEGO Group and Hasbro both know from past experience that Star Wars can be a huge success story. But it would be worth figuring these things out sooner rather than later, as it would a huge shame for the film series that is so intrinsically linked with toys fail to adapt to the modern marketplace.

The current range of LEGO Star Wars sets are available at shop.LEGO.com, with double points for Star Wars VIP card holders during February.