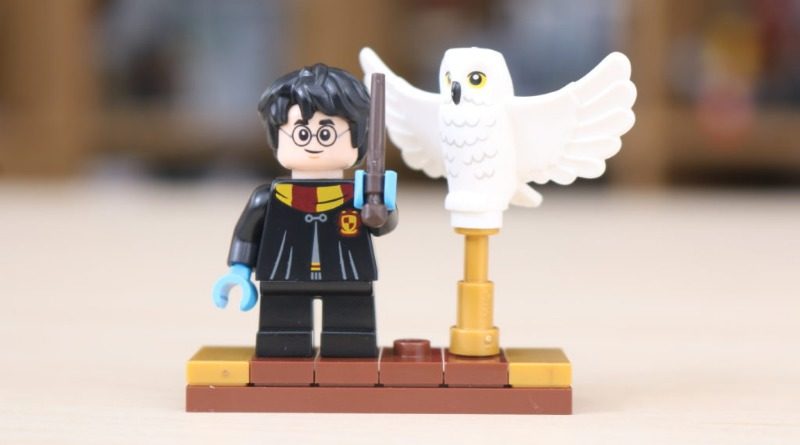 From magical ministries to wizarding banks, Brick Fanatics speculates what might be in store for the LEGO Harry Potter theme in 2021.

Since staging a comeback in 2018, the Harry Potter theme has followed a pretty consistent pattern with its set releases, meaning we can make some safe assumptions about where it might be headed next.

Each year has seen sets based on the next two films in the series, with entries five and six receiving their brick makeover earlier this year. 2021 is surely then the year of the Deathly Hallows, the final two films in the franchise. Here are the five sets we most want to see from these two movies.

5 – The Ministry of Magic

In two decades of the LEGO Harry Potter theme we have never seen a Ministry of Magic set. Given the prominent role it plays in several of the films it is surprising that it has never been given the brick treatment before. The black marble atrium, floo powder fireplaces and public toilet entryway are all ingredients for a fantastic build.

As a larger set it could also bring about the return of everybody’s favourite bureaucrat in pink, Dolores Umbridge. Her garish office is the scene of some magical mayhem in the Deathly Hallows Part 1 that is perfect for a LEGO makeover.

Much of the action in the Deathly Hallows takes place away from Hogwarts. Harry, Ron and Hermione spend most of the first film gadding about the countryside sleeping in a magic tent (the movie is actually a lot more exciting than that sounds).

A brick-built tent that opens out to reveal the magically larger interior could be a fantastic set at an accessible price point. Whilst camped in the woods the tent is the scene of some tense stand-offs against the Snatchers. These villains have never been seen in minifigure form and would be a great addition to the roster.

The madcap home of the Lovegoods is another fantastic set just waiting to happen. In the Deathly Hallows Part 1 the three heroes go to visit Xenophilius Lovegood to learn more about the fabled Hallows.

The interior of his colourful home is bursting with quirky details, from the Quibbler’s printing press to a giant Erumpent horn. Eccentric source material like this is where the LEGO charm truly shines.

Each wave of sets has introduced a modular-style Hogwarts structure that comes together to form one large castle. Between 75954 Hogwarts Great Hall, 75948 Hogwarts Clock Tower and 75969 Hogwarts Astronomy Tower, the castle’s towers have been pretty well covered. The final film’s climactic battle of Hogwarts sees most of these towers come crashing down anyway.

Instead of chasing height, the next Hogwarts instalment could use its piece count to sensationally recreate some of the Castle’s lower regions. The bridge, quadrangle and boathouse, where Professor Snape met his grizzly end, could be combined into a fantastic playset. As the scene of the final showdown between Harry and Voldemort, the quadrangle is surely worthy of some LEGO love.

One of the most spectacular sets to come out of 2020 was LEGO Harry Potter’s 75978 Diagon Alley. Whilst the variety of buildings it covers is impressive, there is one glaring omission: Gringotts.

The iconic bank plays a particularly pivotal role in the Deathly Hallows Part 2. Harry, Ron and Hermione break in to steal the cup of Hufflepuff from one of the vaults, before breaking out with the help of a dragon.

The columned frontage and gilded interior would make for a stunning addition to display alongside Diagon Alley. Including a dragon and punch-through ceiling would provide the perfect play feature.

If the usual pattern continues, we can expect to see a new wave of sets arrive sometime in the summer. This is particularly exciting as the Deathly Hallows films have never been properly rendered in LEGO before. The original series of LEGO Harry Potter sets launched in 2001, but fizzled out a decade later. Only two small sets were produced loosely depicting the events of the final film.

With 2021 also marking 20 years of the LEGO Harry Potter theme, Brick Fanatics is expecting big things. In the meantime, there’s the imminent release of the Hogwarts Moments collection to look forward to.