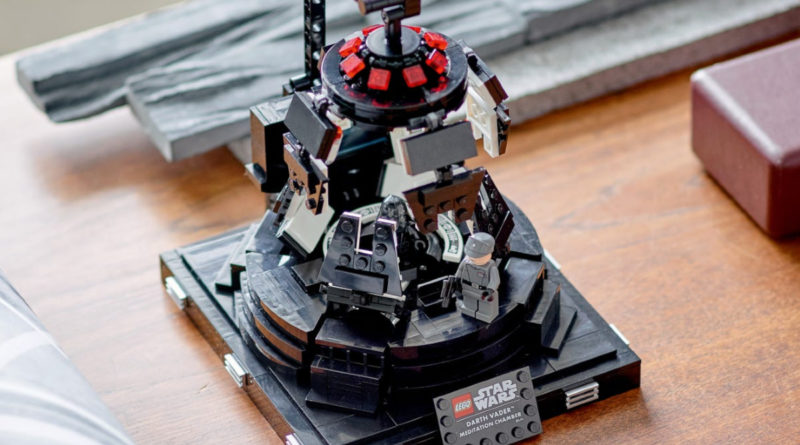 The LEGO Group is rumoured to be continuing to recreate iconic scenes from Star Wars in 2022, so here are five more we’d love to see in sets.

With nine movies, a variety of spin-off films and series, and a saga that spans as far back as December 1977, the Star Wars franchise has plenty of memorable moments featuring beloved characters. The LEGO Group has recently recreated two of these in a pair of models aimed at an older audience – 75294 Bespin Duel and 75296 Darth Vader Meditation Chamber.

With reports online suggesting that this range of builds will continue in 2022, we’ve picked five more scenes that are worthy of 18+ recreations.

LEGO designers have stated that more prequel trilogy sets, aside from 75309 Republic Gunship, will come if enough people buy the new UCS model. However, builds based on the first chronological chapters of The Skywalker Saga are not rumoured to be planned for 2022 apart from a reported Republic Fighter Tank.

Should LEGO Star Wars revisit the prequels at a later date, an 18+ recreation of Darth Maul’s confrontation against Qui-Gon Jinn and Obi-Wan Kenobi on Naboo could expand 2017’s 75169 Duel On Naboo with more height, detail and overall scale.

Obi-Wan Kenobi’s Jedi mind trick against the Sandtrooper patrol is one moment that could fit a smaller 18+ Star Wars kit. The Jedi even uttered: “These aren’t the droids you’re looking for,” which could be a good quote for the base of the build, as is rumoured to be featured in future creations.

3 – The battle on Mustafar

Speaking of iconic lines in the Star Wars franchise: “It’s over Anakin, I have the high ground,” as said by Obi-Wan Kenobi has become another popular moment from the movies.

The quote was said during a confrontation between the Jedi and his former Padawan, Anakin Skywalker, with the scene being a potentially perfect subject for a future LEGO Star Wars 18+ set. Mustafar’s mix of lava, machinery and raised terrain has been proved to suit LEGO bricks before in 75269 Duel on Mustafar – which will be available again soon in a new bundle.

One way that we could get LEGO Star Wars Force Ghost minifigures in future could be in a LEGO for Adults set. Endor and the Ewok Village was last seen brick-built in 2013’s 10236 Ewok Village. That model saw the treetop home of the creatures celebrating the destruction of the Death Star in a celebration, but without any supernatural minifigures.

When it was released, 10236 Ewok Village cost £199.99 / $249.99 / €249.99. A smaller and more affordable iteration of the scene might be able to recreate the moment whilst also providing a selection of Force Ghost minifigures such as Yoda, Anakin Skywalker and Obi-Wan Kenobi. LEGO VIDIYO has already brought us closer to the goal, and LEGO designers have stated that they are ‘on the table’.

One more prequel trilogy scene that could make for an interesting 18+ model is the Geonosis Arena last seen in Attack of the Clones. This location was originally intended to be the final resting place for Anakin Skywalker, Padme and Obi-Wan Kenobi, before being flooded with Jedi, Droids and Clones in an all-out battle to rescue the trio.

With rumours of the Death Star’s trench being chosen for the 2022 Star Wars range, a similar microscale recreation of the arena might be able to capture the scale and detail of the arena, without the need for a vast amount of minifigures.