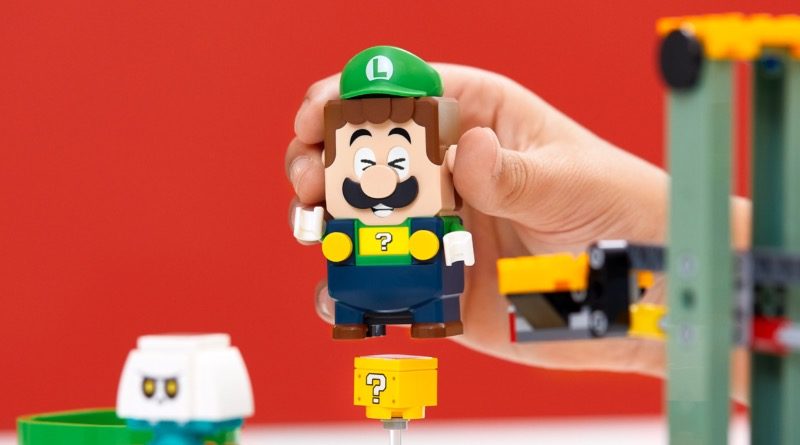 LEGO Luigi will soon join his brother amongst the wider Super Mario them – but with the older brother introducing some new pieces, what power-ups could he bring?

The world of Super Mario is rife with all manner of Power-Ups and bonus items, many of which the LEGO Group have already remade in the accompanying sets – including those for this year.

But with so many more to go, why not fit some specifically for Luigi’s long legs as he appears in 71387 Adventures with Luigi Starter Course? Here are five Super Mario Power-Ups we’d love to see for LEGO Luigi.

The boomerang flower was introduced in Super Mario 3D land in 2011 and allowed the player to throw the titular tool at incoming enemies before returning to them. A LEGO version could allow players to throw a digital boomerang at enemies with a flick of Luigi, then attempt to dodge it to earn extra coins.

First appearing in Super Mario Galaxy, the bee mushroom gave the player the gift of (temporary) flight. Along with a black and yellow overall piece and a pair of antennae sticking out of the plumber’s cap, A LEGO iteration of this could allow for coins to be earned for airtime, but only for a limited time.

Origination in Super Mario Bros 3, the frog suit was one of the more aquatic power-ups within the franchise, allowing for speedy swimming and better jumping. While the former might not be encouraged with LEGO Mario or Luigi, the latter could be represented with more coins earned when performing higher and longer jumps. In addition, having the adorable costume recreated similar to 71372 Cat Mario Power-Up Pack would be a sight to behold.

The metal cap made its debut in Super Mario 64 as a purely defensive power-up, restricting the height and power of Mario’s jumps but making him invulnerable to damage. To be recreated in bricks, we’d love to see a drum-lacquered silver cap and overalls to grant invincibility to LEGO Mario and Luigi when tackling courses.

We’re not entirely sure how the LEGO Group would fit the mega mushroom power-up into a smaller set, but we can see its inclusion in a larger boss battle model. Imagine if the overall element was embedded into a larger, brick-built LEGO Luigi with the ability to instantly destroy any structure, but only for a very limited time. It may be somewhat of an ask, but there’s nothing more fun in the franchise than the chaos a mega mushroom can bring.