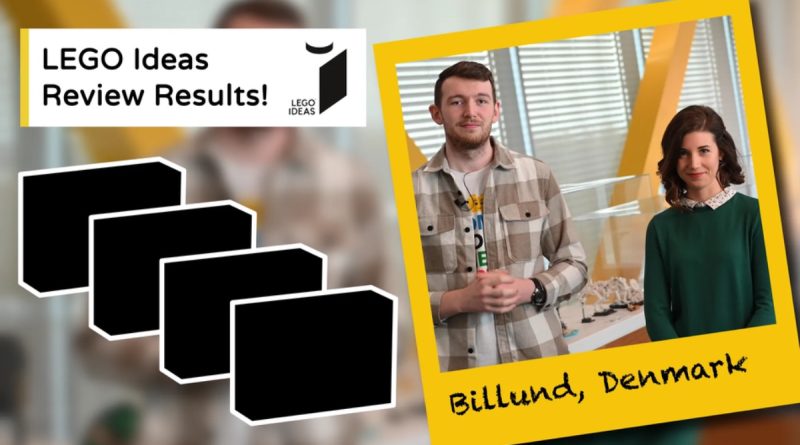 Four LEGO Ideas projects were given the green light in the latest review – and those results tell us a surprising amount about the future of the theme in 2023 and beyond.

For most of its lifespan, LEGO Ideas has been one of the most difficult themes to pin down. Dictated by the whims of the masses, every LEGO set under the Ideas banner first has to gather the support of at least 10,000 users – and then convince the LEGO Group that it fulfils all of the company’s criteria for new products. While reviews of 10K projects happen three times per year, the number of sets that come out of them means it also has one of the most erratic release patterns of any theme.

None of that has changed (or will change) as a result of the first 2022 review, which saw four projects approved for production: José María’s LEGO Insects, Thomas Lajon’s The Orient Express, Jan Woznica’s Tales of the Space Age and Minibrick Productions’ Polaroid OneStep SX-70. But that line-up of sets does tell us quite a bit about the future of the LEGO Ideas theme as a whole…

5 – There are no rules for LEGO Ideas reviews

The LEGO Ideas team has thrown the rulebook out of the window for the first 2022 review, approving the most projects in a single round to date. With 39 submissions in contention, there were plenty to choose from – but then the first 2021 review included a record 57 projects, and just two got the nod from the review board. This latest review is proof, if ever it was needed, that you can never really guess how many potential sets will enter production in a single round.

A record number of LEGO Ideas sets have emerged from Billund this year, from 21331 Sonic the Hedgehog – Green Hill Zone through to next month’s 21337 Table Football. Alongside those seven regular retail sets were two gifts-with-purchase in 40533 Cosmic Cardboard Adventures and 40566 Ray the Castaway, each available with qualifying orders at LEGO.com. Rattling through all those left just five sets in production, but approving another four projects in this review almost doubles that total.

While LEGO Ideas is – on the whole – all about unique concepts, there are a few tried and tested styles that can be picked out. The most obvious is sitcom sets, but the results of the first 2022 review suggest that the company is also happy to keep leaning into real-world objects (through sets like 21327 Typewriter, and now the polaroid camera) and brick-built creatures (LEGO Insects is arguably a spiritual successor to 21301 Birds). If you want to increase your chances of getting a 10K project approved, it’s worth aiming for one of those broad categories.

If the LEGO Group is content to produce the Orient Express under the Ideas banner, the logical conclusion is that it doesn’t have any of its own follow-ups to 2020’s 10277 Crocodile Locomotive up its sleeve. After all, one of the major barriers to 10K projects getting the green light is potential conflicts with the LEGO Group’s wider portfolio. 76405 Hogwarts Express Collectors’ Edition is clearly not seen as a competitor (perhaps due to its massive scale), but we’re not expecting any more classic LEGO trains outside Ideas for a while.

Of the seven mainline LEGO Ideas sets released in 2022, just two came in at under £100 in the UK – and one of those is 21334 Jazz Quartet, which is pretty close at £89.99. The same pattern can be seen in 2021 and even 2020, with the only smaller and more accessible Ideas sets launched as gifts-with-purchase. The LEGO Group now appears to be breaking the mould with the polaroid camera, LEGO Insects and Tales of the Space Age, all of which could conceivably come in at less than £60 each.

No release dates have been announced for any future LEGO Ideas sets beyond 21337 Table Football, which arrives on shelves on November 1 (check out our review here), but we’d expect all of the below to launch in 2023 or 2024.