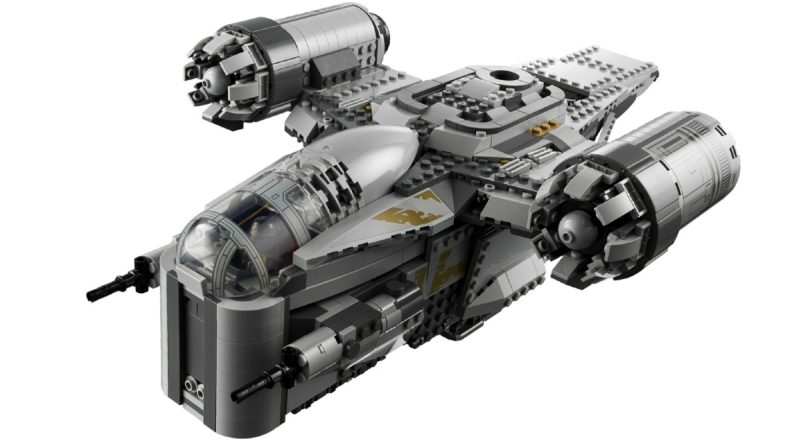 It may not be confirmed yet, but if we do get a LEGO UCS Razor Crest, there are some things that need to be included.

Lucasfilm work their Star Wars designers hard. If you try to count the number of iconic spacecraft and vehicles that have swooshed their way through that galaxy far, far away and you’ll need to call up many, many friends to borrow their fingers. One such ship is the Razor Crest, transport and indeed, home, for the Mandalorian. Or Din Djarin to his Mum.

The ship’s design was based on the Fairchild A10 Thunderbolt, commonly known as the “Warthog”, a slightly stumpy aircraft with distinctive high mounted and rear-swept engines. That’s one obvious element which was carried over to the Razor Crest. A less obvious comparison is that many of the Warthog’s parts can be replaced in the field if damaged, with makeshift parts where necessary. Given the number of times the ‘Crest was repaired before finally being destroyed by Moff Gideon let’s hope that functionality was carried over too.

We have already had a good sized model of the ship in 75292 The Razor Crest which was released a couple of years ago, but the rumours are growing that we’ll see a UCS version before the end of the year. If that’s the case, then there are a number of features that we’d like to see.

5 – A good selection of minifigures

When 21336 The Office was announced, many people were astonished that the set would be coming with 15 (count ’em) minifigures. The original 75292 Razor Crest from 2020, on the other hand, came with a fairly mean five, and that included a generic Scout Trooper. While not everyone in the series got to fly in the bucket of bolts that was Mando’s ship, there is still plenty of scope for a good selection.

Mando and the Groku, obviously, but then Peli Motto (and her droids). Others could include Cara Dune, Greef Karga, Moff Gideon, Dr Pershing and ‘The Client’. Kuiil would be a nice to have too.

While the 2020 set had some stickers to represent a little of the damage done to the ship over the course of the show, the yellow markings down the sides of the ship were noticeable by their absence. To accurately represent these, the stripes would have to carry over multiple pieces, so to keep those lines straight would require printed elements rather than the scourge of those with shaky hands – stickers.

Okay, when you think about spaceships, maybe the loo isn’t the first thing that comes to mind, but everybody’s got to go sometime. And the Mandalorian was one of the few shows that we can think of that actually featured ‘the facilities’. It might have been used as a hiding place rather than for its primary purpose, but gosh darn it, we want a toilet!

Given that most UCS sets are destined for display, often behind glass, rather than for playing with, this might be a bit of a stretch., But the LEGO Group are no strangers to sets that explode. Many’s the police station that has a cell that goes boom in order to allow the criminal to bound free. And given the amount of damage that the Razor Crest suffers over a season-and-a-bit, and its final, violent demise, having some sort of ‘self-destruct’ mechanism might be appropriate. No? Too much?

If the rumour mill is to be believed, then if we get a UCS Razor Crest, then it’s likely to have a sticker for the display plate. However, as 42143 Ferrari Daytona SP3 has already demonstrated, the printing of these plaques is possible. The only downside is that the small indent from the moulding process is highly visible in the centre of the plate. For some, a small dent is a small price to pay for the guarantee of a bubble-free plaque that isn’t on the wonk. Others will prize a smooth finish. Which way will the LEGO Group go (assuming we get this set at all)? Who knows?

This is, of course, all wild speculation, as so far there has been no official announcement of a UCS Razor Crest at all, so take this all with a large pinch of salt for now.

Meanwhile, if this has whetted your appetite for a LEGO set, then consider using our affiliate links, as every purchase helps support the work that Brick Fanatics does. Thanks.