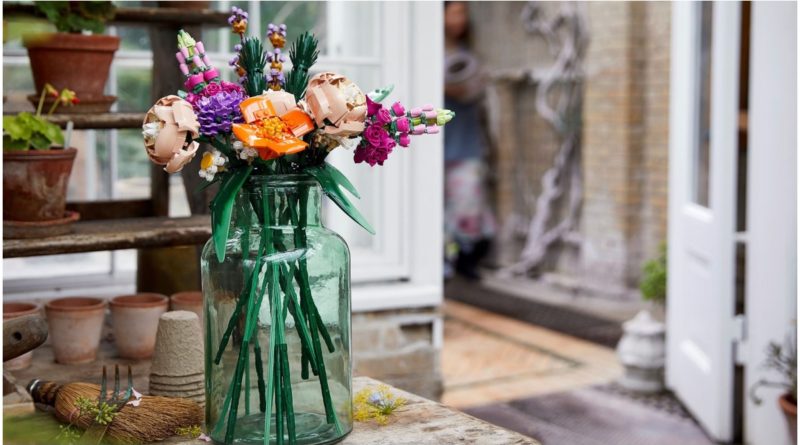 With rumours swirling around the LEGO Art range, we’ve considered some possible paths for it in the future.

Since its launch in 2020, the LEGO Art theme has offered a slow but steady steam of sets inspired by popular culture. The likes of Marilyn Munroe, Darth Vader and Batman have all earned entries in the range, as has unlicensed content like a map of the world. However, rumours of two new sets coming in June suggest a new form factor for products in the range.

So far, every set in the Art range has used a mosaic to recreate its subject matter. However, the price and piece counts of the rumoured Rolling Stones set seem poised to disrupt that idea. There’s not enough pieces to cover a typical Art ‘canvas’, suggesting either a smaller set or a different form factor. Rumours of a Museum of Modern Art set also suggest new approaches for the theme as a whole.

What does that mean in practice? We’re not sure yet, but there are certainly a few ways the Art theme could expand its purview going forward.

The simplest answer is some kind of three-dimensional sculpture of the subject matter – something the LEGO Group has explored on multiple occasions before now. Recent announcements such as 40503 Dagny Holm – Master Builder show what this could look like in practice. That said, a Rolling Stones set might limit itself to something simpler like the famous ‘tongue’ logo.

The Jazz Quartet LEGO Ideas project is another example of what this idea could look like. While the final design of this is yet to be finalised, a set in this mould would bring a touch of class to any LEGO collection.

While there’s a rich artistic tradition of paintings and mosaics, there’s inevitably a limitation to what you can do with it. A LEGO set that attempts to more accurately recreate a scene – famous or otherwise – could be immensely rewarding if done properly.

Indeed, the LEGO Ideas range has given us some inspiration here as well. An upcoming project is a brick-based recreation of The Starry Night, the famous 1889 painting by Dutch artist Vincent van Gogh. While it will inevitably be an approximation of the real thing, it offers new possibilities beyond the current LEGO Art collection.

Why stop at art on a wall or a table? A LEGO set that could be suspended from a ceiling might be another path for the Art theme to take. This would require a different design process, especially as a set like this would come with concerns around things like weight. However, a model that could be suspended would certainly offer up exciting new possibilities.

The Star Wars theme has given us an inkling of what this could look like. During 2012 and 2013, a series of small, hollow planets inspired by the films were released. Each planet came with a ringed plate, allowing it to be suspended in mid-air. Recreating this idea on a larger scale (either with a planet or something more abstract) could be an excellent move for the Art range to take.

LEGO fans have been able to store pens, bricks and other items in official LEGO storage boxes for some time. A recent notable example of this idea is the BYGGLEK range from IKEA, which allows LEGO elements to be attached to various surfaces. However, there’s a more elegant way of approaching this, such as bowls and vases.

Inevitably there are concerns with this approach; a vase, for instance, probably wouldn’t be watertight without a lot of specialised elements. But as an accompaniment to, say, the Botanical Collection (or a place to keep keys and other small items) it could be rather effective in the long run.

Through certain sets, the LEGO Group does a good job at explaining the significance of the models it produces. 40530 Jane Goodall Tribute, for instance, includes a short biography of its subject matter. However, the Art range could explore education from a different angle altogether.

Since today is Pi Day, the LEGO Group has released a short video exploring the Golden Ratio in LEGO form. Sometimes known as ‘the most beautiful number in the universe’, the number is approximately 1.61 and is enormously significant in fields such as art, architecture and geometry. The above video explores that concept from a slightly different angle.

While there is perhaps a limit to the appeal of this kind of thing, LEGO is something that’s been proven to cross boundaries of age and subject matter. Combining complex ideas with something more digestible could be the educational resource we’ve been looking for.

We’re still waiting for confirmation on the nature of these new Art sets – or even whether they exist at all. Still, there are certainly exciting opportunities for the theme to take in the future.