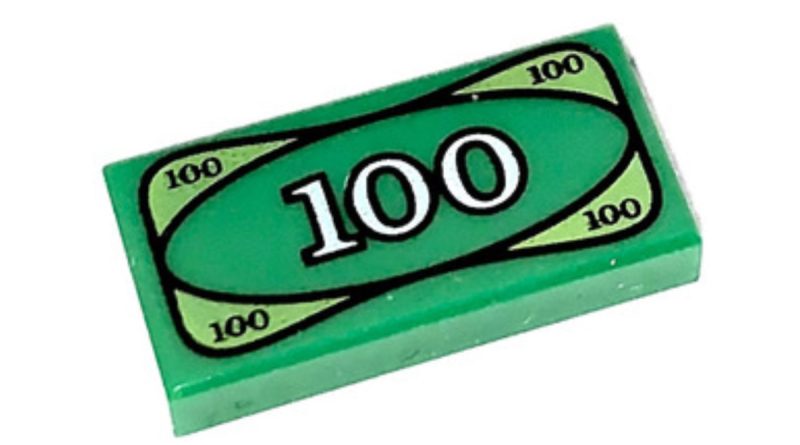 With prices rises on the horizon, here are five different options that the LEGO Group could try to cut costs and minimise the pain.

There’s no doubt about it, LEGO is a premium product with a price tag to match. But with inflation driven price rises on the way, is there anything that the LEGO Group could do to counter them?

The LEGO Group are already moving from plastic bags to paper bags in an effort to help the environment. But that still involves a cost. Let’s face it, the only time you worry about the bags is the first time that you build a set. For many people, when the set is broken down, the pieces either go back into the box, loose, or they get absorbed into the great LEGO collection.

So why not lose the bags altogether? It might mean that larger builds are a little more… challenging, but that’s all part of the fun.

How often do you open a set to find the bags languishing in the bottom half of the box, while the rest is taken up with fresh air? By opting for a number of standard sized boxes, there’s waste – and therefore cost – in all that extra cardboard and the fact that you’re transporting a lot of air around.

Making boxes the correct size would cut down on that waste. Okay, having hundreds of different sized boxes might make transportation a little more difficult, but no pain, no gain.

How many trees are cut down to create the millions of LEGO manuals that are created every year? How much ink goes into the printing? The extra weight (some of those manuals are big) that has to be moved around, costing additional fuel. Scrap the printed manual, go digital only and there’s a huge saving right there.

For builders who don’t have access to the internet, putting a set together may take a little while longer but with a LEGO set, creativity is the name of the game.

We often see a set that come with ‘extras’ that have LEGO fans scratching their heads.  Take the recently announced 10306 Atari 2600. The console was beautiful, with a perfectly designed controller and a handful of classic games. And then there were those slightly odd dioramas.

Sure, they’re a nice to have, but give most fans the choice between those extras or £15 off the purchase price, and we’re fairly certain we know what most people would opt for.

Licensed themes come with an inbuilt cost that has to be passed on to the consumer. The so-called ‘Star Wars tax’. The LEGO Group have a huge number of these, from Disney to DC, Marvel to Minecraft and Super Mario to Stranger Things. Moving away from these would instantly cut costs and allow sets to be produced at a more reasonable price. Then again, it might also put the LEGO Group out of business. So maybe not that one.

By purchasing your LEGO sets via our affiliate links, you are supporting the work that Brick Fanatics does. Thank you.