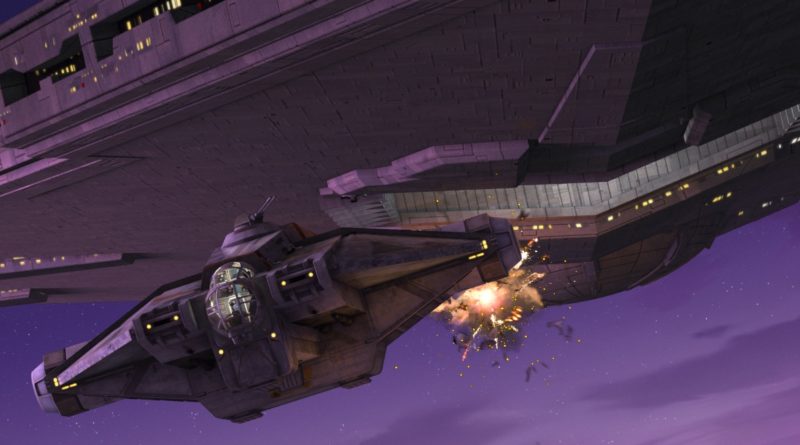 As Luke’s X-34 Landspeeder from A New Hope joins the LEGO Star Wars Ultimate Collector Series line-up, we ask: “What about the sequels, guys?”

Luke’s battered Landspeeder (was it Luke’s? Probably Uncle Owen’s, strictly speaking) has just entered the hallowed hall that is the Ultimate Collector Series in 75341 Luke Skywalker’s Landspeeder. And that means that of the 35 sets in the UCS range to date, 30 are rooted in the holy trinity of Episodes IV to VI, five come from the prequel trilogy, and the sequels are represented by… nothing at all.

Okay, maybe those three films don’t have the love and unwavering devotion of a billion fanboys like the originals do, but hey! We all hated the prequels when they came out, right? At least those of us who first saw A New Hope in the cinema rather than as a Special Edition DVD. But time heals all things, and we look upon those overly shiny prequels a little more fondly these days.

But those sequels had some cool ships. Maybe not as recognisable as an X-wing, a TIE Fighter or a certain Corellian freighter, but cool nevertheless. So here are a few ships that the UCS team might want to consider for the future…

While The Force Awakens was mostly content with recycling original trilogy vehicles, the sequel trilogy finally branched out in The Last Jedi, which offered up a few more interesting vehicles for consideration. Among those is the Finalizer, a Resurgent-class Battlecruiser that certainly makes an impact. It is also another massive grey wedge, though, and anyone with 75252 Imperial Star Destroyer has probably got all the grey wedginess they need.

Star Wars does like its weirdly-shaped craft, and few come more strange-looking than The Last Jedi’s Ski Speeder. Unstable doesn’t even begin to describe it. How do you park it, for a start? So far it’s appeared as a Microfighter and a regular System-scale set in 2018’s 75202 Defense of Crait, and we reckon it might look pretty neat at UCS scale, too.

The Heavy Bomber has already appeared once back in 2017/18 with the ‘Did you get the Finch Dallow version or not’ 75188 Resistance Bomber, but it’s a solid-looking and unique ship that would certainly benefit from a UCS makeover. It’d need a pretty strong stand to support its bulk, of course, but every UCS set gets a stand these days.

With the cries of fans who want the TIE Bomber turned into a UCS set falling on deaf ears, maybe this will have more luck. It’s basically a hot-rod version of the Empire’s workhorse. The 2017 version, 75179 Kylo Ren’s Tie Fighter, was pretty good, but we reckon it could be even better with a bigger budget and more bricks to play with.

More commonly seen in Star Wars Rebels, the Ghost did make an appearance at the Battle of Exegol, where pretty much anything and everything that could fly turned up to take part. Like the better-known Millennium Falcon, the VCX-100 is a modified cargo vessel, which gives it a distinct shape. It has appeared as a full-sized set, back in 2014’s 75053 The Ghost, but with only 929 pieces corners inevitably had to be cut. It’s ripe for improvement.

We’ll be the first to admit that some of these ships aren’t the first that spring to mind when the average fan thinks about Star Wars spacecraft, but hey: the B-wing made it, right?

Help Brick Fanatics keep flying by using our affiliate links to purchase your LEGO sets. May the Force be with you!