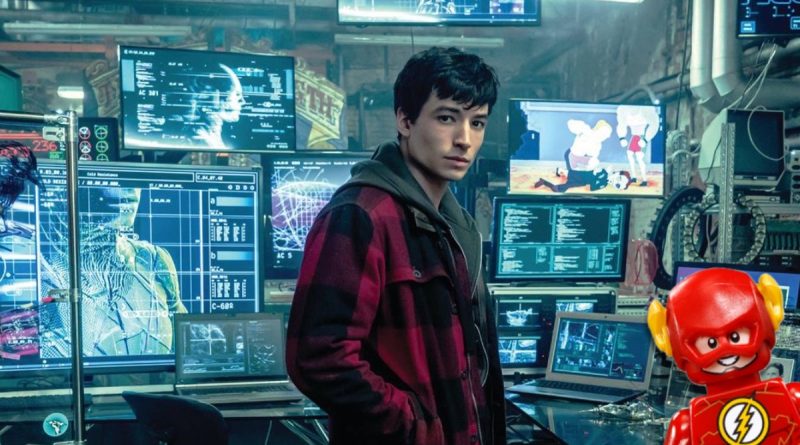 As Warner Bros. mulls over its Flash problem, we’re left with the question: what will happen to the movie’s tie-in LEGO set?

Following a string of arrests and controversies surrounding its star Ezra Miller, Warner Bros. is currently considering three paths for its long-delayed The Flash movie – one of which will involve canning the $200m project altogether. If that happens, it will be grave news not only for the DC Extended Universe, but also the LEGO DC Super Heroes theme, which already looks on the brink of being forgotten.

Just three LEGO DC sets have arrived on shelves in 2022, and even those – all tied to Matt Reeves’ The Batman – launched in October 2021 in the US. We know at least one more is coming in 76220 Batman versus Harley Quinn, but it’s a tiny 4+ set that can’t compare to LEGO Marvel’s huge breadth and depth of sets across the past 12 months.

The LEGO Group at least has some plans for the DC theme in 2023, however, as a Romanian retailer has already revealed the existence of 76221 Batmobile: Flash Tracking (which may not be its final name). While there are few details available for the 456-piece set, it’s not hard to imagine it’s intended to tie in with The Flash, which also features the return of Michael Keaton as Batman.

But if Warner Bros. ultimately decides to pull the plug on The Flash, will the LEGO Group do the same for 76221 Batmobile: Flash Tracking? It may not have a choice: Warner Bros. could also decree that all merchandise for the movie must be scrapped, for instance. On the other hand, it may see those products as perhaps the only chance to salvage some of its enormous investment in The Flash, which has been in development as a DCEU title since 2014.

Regardless of any overt ties to its source material, 76221 Batmobile: Flash Tracking will presumably still include a Batmobile (perhaps Tim Burton’s, with any luck) and minifigures of both the Caped Crusader and The Flash, all of which are recognisable independently of the DC Extended Universe. That may be enough to sell the set even without a film to back it up, but only time will tell.

If The Flash does fall under the sweeping axe of Warner Bros. Discovery CEO David Zaslav, though, it will represent just another nail in the coffin for the LEGO DC theme. Still, there are plenty of ways for the LEGO Group to resurrect Batman, Superman, Wonder Woman and so on – if it wants to…