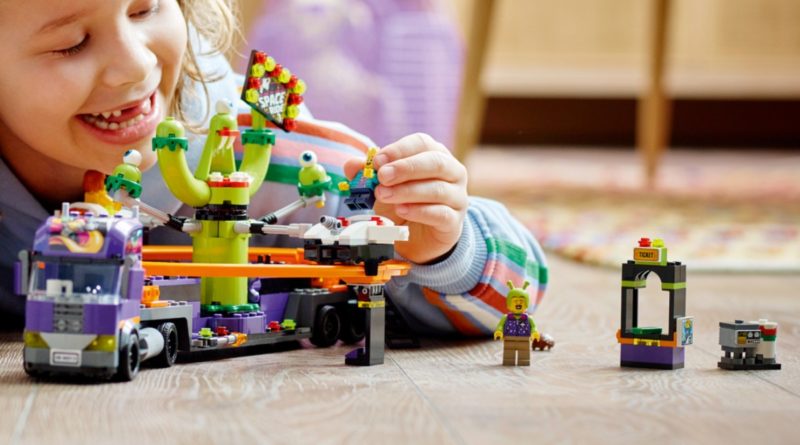 The LEGO summer 2022 sets have been revealed, and we’ve found a few references to minifigures and models in the new images.

With dozens of new sets from CITY, NINJAGO and more on the horizon, we’ve poured through the official pictures for the summer 2022 sets from LEGO.com to see what secrets are waiting to be found. From Collectible Minifigures to fantastical themes, here are four references we discovered:

On the vehicle in 60313 Space Ride Amusement Truck, the Retro Spaceman Collectible Minifigure from 71018 Series 17 is pictured fighting the alien, creating a story for the ride.

One of the advertised performances outside of 41714 Andrea’s Theater School features Noctura from LEGO Elves, suggesting that the fantasy theme is nothing more than a musical in the world of LEGO Friends.

Inside 80038 Monkie Kid’s Team Van, an arcade machine is ready to entertain the team. On the side of that machine, 80015 Monkie Kid’s Cloud Roadster is pictured, hence the name of the game – Cloud Racer.

It looks like Nya is back in NINJAGO Crystalized, and she’s decorated the inside of her new mech – 71775 Nya’s Samurai X MECH – calling back to her teammates and original run as Samurai X. Even the old design for the mech is pictured, offering a comparison between the first, and most recent designs.