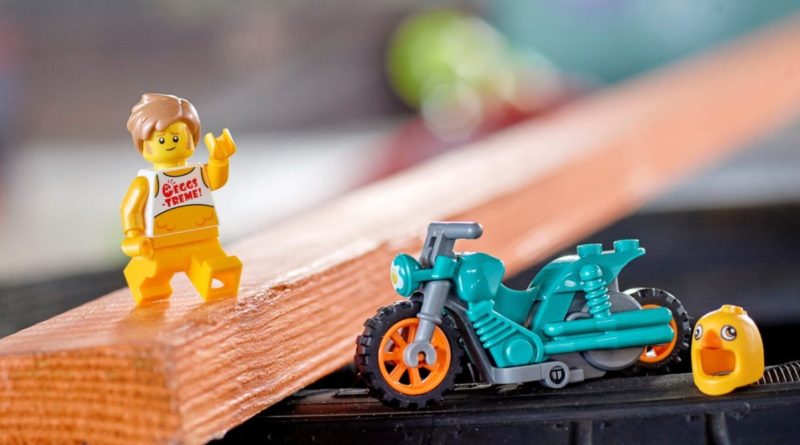 A selection of LEGO CITY Stuntz sets have yet to launch on the official online store with four stunt bikes now listed as coming soon.

Four of the LEGO CITY Stuntz stunt bike models have missed their planned launch date of October 1, with an updating listing each stating that the models and minifigures are ‘coming soon’. The delayed models are 60311 Fire Stunt Bike, 60310 Chicken Stunt Bike, 60309 Selfie Stunt Bike and 60296 Wheelie Stunt Bike.

The reason behind this delay is unknown and no updated date has been given at the time of writing. It may be that a simple production delay has only affected certain batches as the other two models, 60298 Rocket Stunt Bike and 60297 Demolition Stunt Bike, have hit their release date without an issue.

Notably, it seems that only the UK and European versions of the official online store have been affected fully by this as the US storefront has already begun selling 60296 Wheelie Stunt Bike from its scheduled October 1 release date.

Thankfully, the returning LEGO Racers veteran in 60298 Rocket Stunt Bike is available as expected from the start of October, meaning these delays shouldn’t affect access to the exclusive and updated Rocket Racer minifigure. Otherwise, the larger models in the Stuntz subtheme are available worldwide now.

There are plenty of other new sets on the official online store for October, from the massive 71395 Super Mario 64 Question Mark Block to the comparatively miniature 40478 Mini Disney Castle.