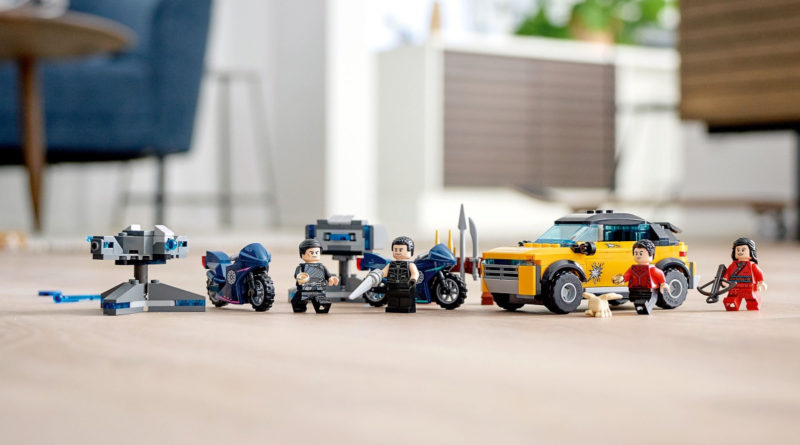 The LEGO Group has already released two Marvel sets for Shang Chi and the Legend of the Ten Rings, but are there opportunities for more?

Those of you who haven’t seen the new Marvel movie yet, be warned that this article will contain spoilers for many of the major scenes and plot points. Those who are all caught up with the latest chapter of the Marvel Cinematic Universe may know of a few more scenes that could have made just as good sets as 76176 Escape from The Ten Rings and 76177 Battle at the Ancient Village.

As pictured in the video above, one portion of the movie sees Shang-Chi and Katy attempting to escape the grasp of the Ten Rings after being stranded hundreds of feet above the ground. With no other routes remaining, the duo scales the scaffolding on the side of the high rise, leading to an exciting acrobatic battle.

We can imagine a smaller set being made for this scene, featuring a barebones scaffolding build and minifigures for Shang-Chi and a Ten Rings warrior to recreate the swinging movements of the encounter.

Ignoring the one rule about fight club, the underground confrontation circle is home to a pair of familiar characters duelling it out in a recreational match within a central, suspended cage.

Whilst Wong has already received a minifigure, and will be getting an updated variant in 76185 Spider-Man at the Sanctum Workshop, Abomination is one of the first villains in the MCU, and as such has no brick-built representation. With his return in Shang-Chi, a future bigfig of the character could fit well within a larger fight club creation.

As one of the earliest scenes in the movie, this initial encounter with the Ten Rings on a bus in San Francisco allowed Shang-Chi to showcase his skillset to Katy ahead of their upcoming adventure. Fending off the fighters whilst keeping the citizens safe, the confrontation was filled with moments that would make for great play features in a LEGO model.

The flexible bus variant has yet to receive an official build, and the vehicle could be facilitated within the Marvel theme with a set based on this scene. We can picture a potential creation including a splitting feature for when Shang-Chi fools Razor Fist into stepping onto the unstable rear of the bus, promptly leaving him crashed in the road.

Hopefully, you took our spoiler warning seriously as this creature is the true final boss of Shang Chi and the Legend of the Ten Rings. Whilst Wenwu was presumed to be the main antagonist for the film, the character was simply a pawn in a powerful demon’s game. Tempted by the promise of his wife returning to him, The Mandarin freed the huge beast from its mystical prison.

The giant soul sucker, as the species was named during the film, rivals the Great Protector dragon seen in 76177 Battle at the Ancient Village in size and we can imagine a future set providing a similarly big build to face off against it. 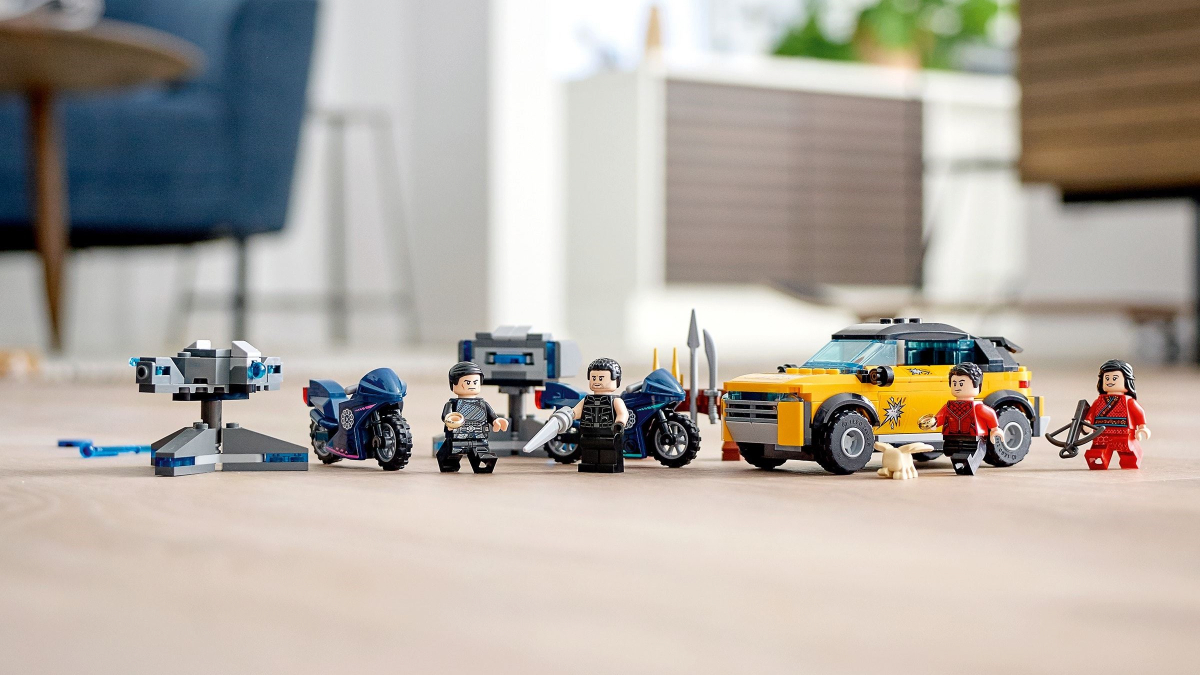