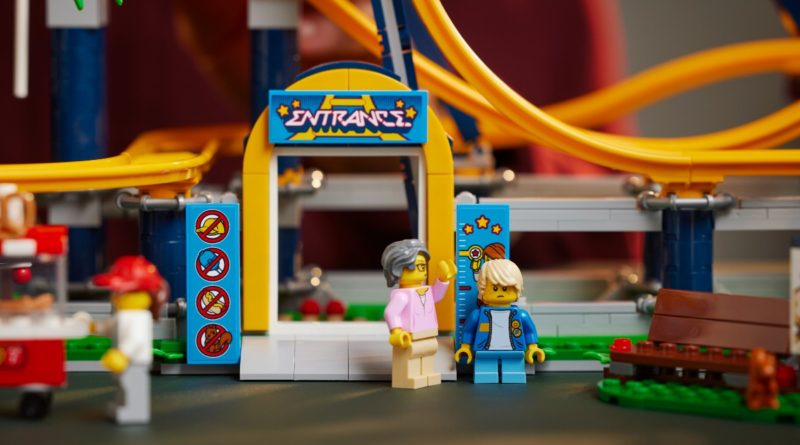 From July 1, LEGO VIP members will be able to order 10303 Loop Coaster with a wide release later on July 5. However, it’s not just the loops and the 92cm-tall track that you can look forward to as we’ve found five other details in this new LEGO ICONS set that you need to see.

Not directly linked with the roller coaster itself, the provided hot dog cart included to give guests a bite to eat after they’ve taken a trip through the two loops advertises its product perfectly by being shaped like a giant hot dog. It couldn’t be any clear for the minifigures visiting the fairground.

Despite the sign at the attraction’s entrance explicitly saying that you shouldn’t bring any balloons through the archway and into the attraction, it seems that one guest didn’t get the memo as a stick balloon can be seen wedged under one of the supports, likely from a minifigure letting it go in the queue.

Since 10303 Loop Coaster is the first LEGO roller coaster to include loops, it also means that new track bricks needed to be introduced. Looking at official images we’ve counted a new element used for the loops themselves and a sloped turning piece utilised to help the train gain momentum at the top of the tower as well as slow it down before it reaches the station.

In the second loop, a camera is positioned to capture riders’ fear as they travel upside down at high speeds. Much like roller coasters in the real world, these on-ride photos are then available on your phone once you’ve left the attraction. A few examples are also on display in the station.