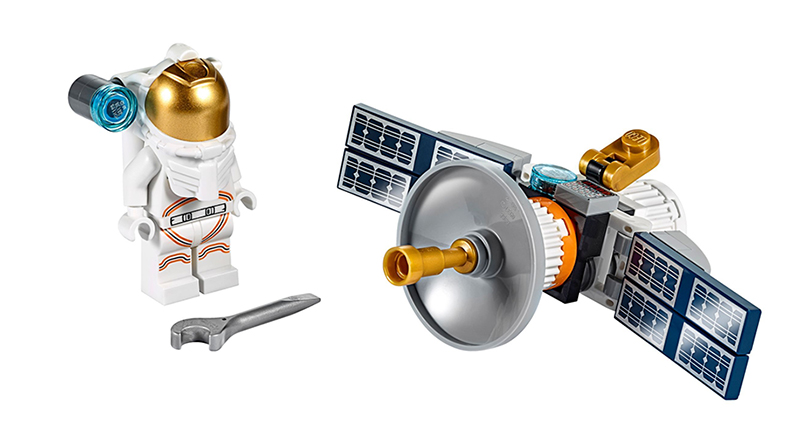 An in-store exclusive promotion is taking palce from today at LEGO Stores, with LEGO City 30365 Satellite free with qualifying purchases.

The exclusive polybag includes a buildable satellite and an astronaut minifigure. It will be available until June 30, unless supplies run out before then.

Anyone ordering the recently released LEGO Creator Expert 10266 NASA Apollo 11 Lunar Lander will get an exclusive patch for free with the set. This new adult targeted set uses 1,087 pieces and is priced at £84.99 in the UK and $99.99 in the USA. It celebrates the 50th anniversary of the NASA space program.