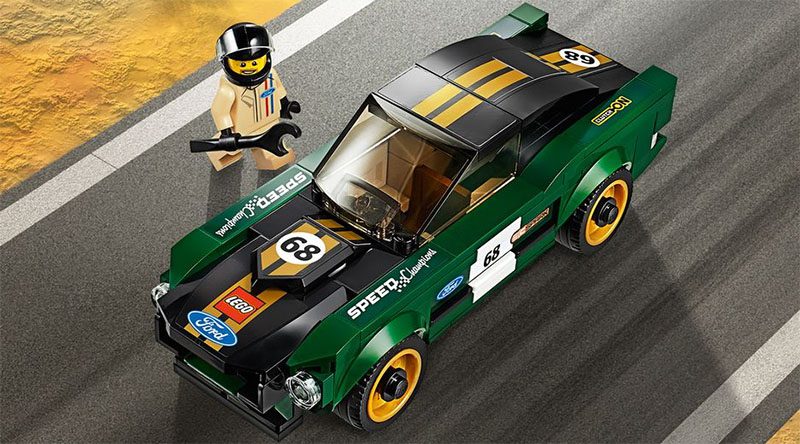 The recently released LEGO Speed Champions 75884 1968 Ford Mustang Fastback is free with any order totalling £65 or more at shop.LEGO.com. With plenty of other sets for petrol heads to choose from, it is an opportunity for them to get more LEGO bricks for their buck.

Those seeking the best deal possible will want to combine this with one of the two double VIP point deals that have launched – VIPs get twice the usual cashback points on 75893 2018 Dodge Challenger SRT Demon and 1970 Dodge Charger R/T and 42093 Chevrolet Corvette ZR1.

With LEGO Creator Expert 10265 Ford Mustang (review) very recently having launched, fans in the market for it will automatically get 75884 1968 Ford Mustang Fastback at the moment – a larger and a smaller Mustang for one price. 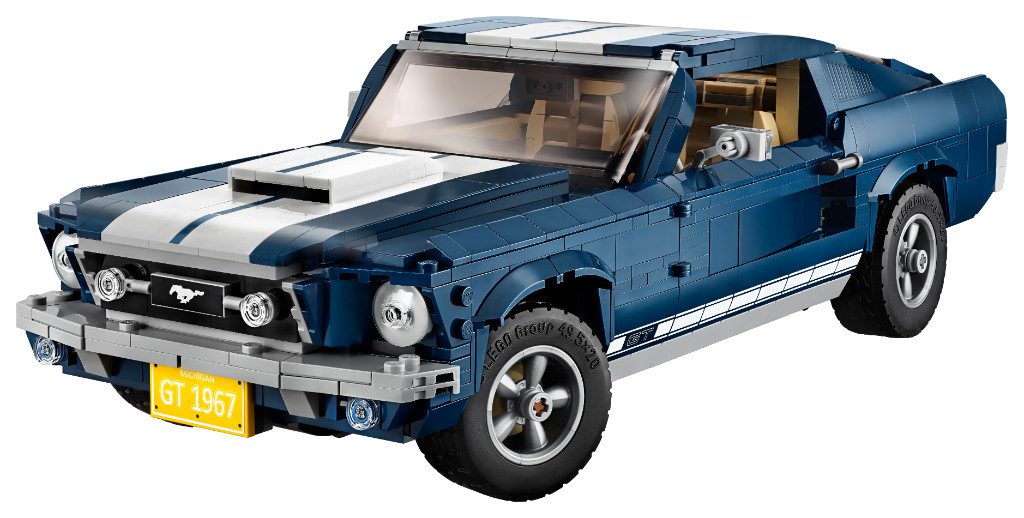 The promotion will continue until March 22, unless supplies run out before then.