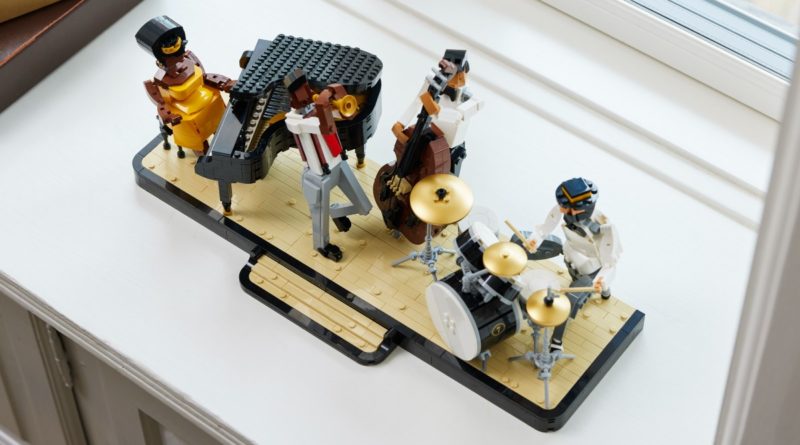 Images for LEGO Ideas 21334 Jazz Quarter are now available, and there’s one major change from the initial design from Hsinwei Chei.

Other than the poses for each of the brick-built figures and the gold detailing on the stage, most of 21334 Jazz Quartet strongly resembles what was initially pitched on LEGO Ideas in January 2021 by fan designer Hsinwei Chei.

One change worth pointing out is the removal of printed elements from other themes such as LEGO Harry Potter and The LEGO Movie 2, but that’s to be expected in a LEGO Ideas set.

However, you’ll notice one notable difference between the initial project on the left and the final product on the right. The grand piano is now being played by a different figure. The reason for this change might have been revealed in the press release for 21334 Jazz Quartet as the model is mentioned to include ‘four diverse musicians’. However, this could have been a result of various factors and nothing is confirmed.

The updated figure features thick black hair and a sleek yellow dress, with rings used as earrings too. The older figure instead wore a simple suit with hair similar to two of the other figures in the project. At the very least, this potentially serves to make the build less monotonous.