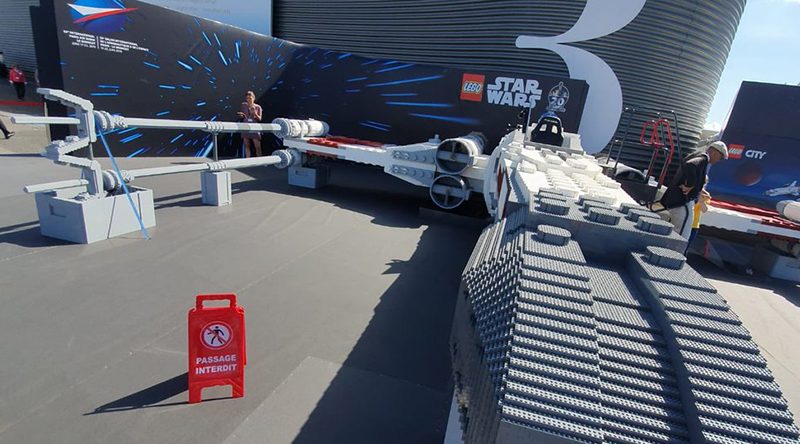 The LEGO Group has built a new full-sized X-wing Starfighter to celebrate 20 years of LEGO Star Wars. Back in 2013, New York’s Time Square hosted the first ever full-sized LEGO X-wing, and now the LEGO Group have gone back to the iconic ship and built an all-new version.

Using 1,584,000 bricks, the LEGO model team spent 2,5000 projects recreating the spaceship that destroys the Death Star. It has arrived at the Paris Air Show 2019 in France, where it will remain on display until June 23.

A smaller version is also at the show, which is more in scale with younger visitors.

75218 X-wing Starfighter is available now at shop.LEGO.com, offering pieces to have it represent Luke’s ship or Biggs’s.

There have been a number of opportunities for fans to celebrate 20 years of LEGO Star Wars this year already, including special panels at Star Wars Celebration Chicago, a one-off event at the LEGO House and an interactive build event in Australia.