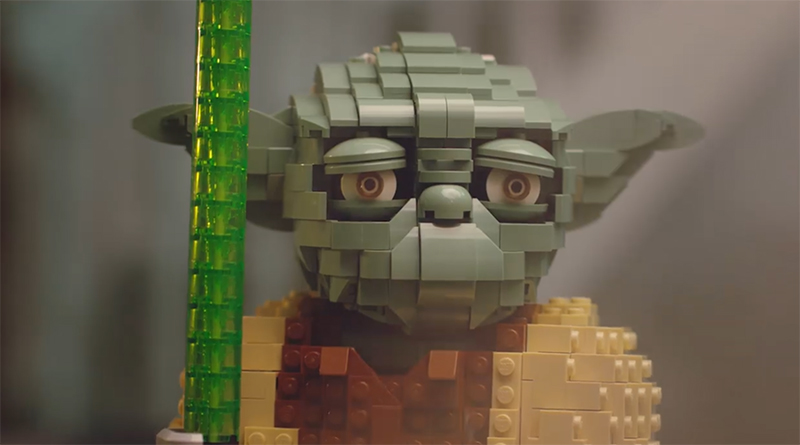 LEGO Star Wars 75255 Yoda is spotlighted in a new advert that has some fun with the character’s calm demeanour.

“Stay on the light side,” advises a new advert from the LEGO Group. LEGO Star Wars 75255 Yoda (review) is one of the new sets that launched ahead of the release of The Rise of Skywalker, and the new commercial features the new model.

The fun advert, shared on Facebook, features two scenes; a man in a stressful cooking situation and a woman sitting in a living room being completely covered in mud by a dog. Both characters lock eyes with 75255 Yoda and the Jedi Master’s zen influence allows them to stay calm despite the chaos is taking place around them.

Feel the Force and a calm weekend, you will have. Star Wars

Using 1,771 pieces, the statue is different to the typical minifigure scale sets. As well as a buildable lightsaber to equip the green fellow, the set includes a Yoda minifigure and bricks to construct a display plaque.