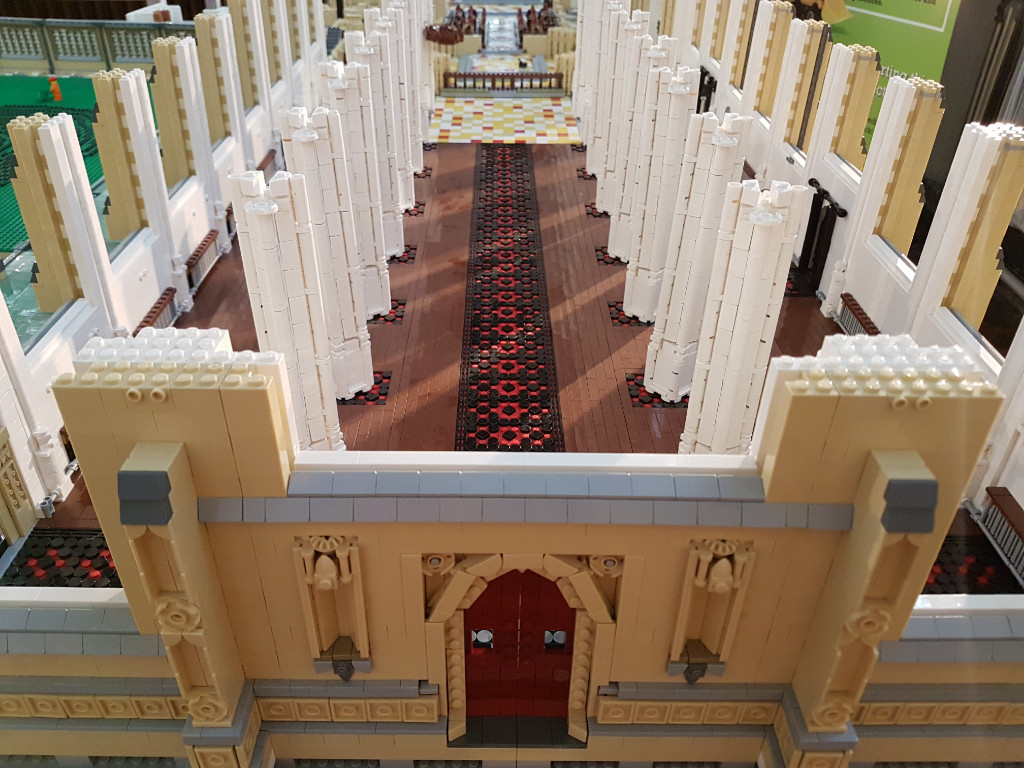 Finding innovative ways to raise money for charity can be a challenge. At St Edmundsbury Cathedral, the team decided to build a replica LEGO model of the building, allowing visitors to participate in the build in exchange for a donation. It means that as the money is raised, the build begins to take shape. LEGO Project Manager Matt Cadwell speaks to Brick Fanatics about how the build is progressing…

How did this LEGO project begin?

The St Edmundsbury LEGO Cathedral Project launched on May 28, 2016 and is a minifigure scale model. The idea came about to raise funds for various projects the Cathedral already had underway. We also wanted to help the ongoing effort to add to Bury St Edmunds increasing tourism as well as engaging with our visitors of all ages in a fun and creative way. Builds of this scale have been embarked upon before and this makes us the fourth UK cathedral to do so. Durham have completed such a model, with Exeter and Chester continuing to build theirs.

Where did the plan for the build come from?

A dedicated builder for the project was provided by Bright Bricks, who attended the cathedral and took a series of images which they used to design and build a floor plan. They then supplied a series of typical LEGO instructions. All LEGO bricks have been supplied across the life of the build and have arrived in the form of modules. As such, volunteers will help construct modules based on donations – £1 equals one brick.

Bright Bricks has also produced three exclusive boxed models for us, a small and medium cathedral as well as an iconic wolf representing the legend of King Edmund. We commissioned 500 of these each, all are limited edition and LEGO certified. Bright Bricks continue to support us throughout the build through site visits where the model is checked for errors. Their work is superb and we hope they are equally proud of the model so far.

How far through the project are you? Can you start to see the cathedral taking shape?

We are around one quarter of the way through the build as we approach 50,000 bricks laid. The final count will be in excess of 200,000. The first 18 months were a slog as the base was being built, but now we are beginning to gain height with the introduction of internal columns and external walls it is easier to see the build taking shape. The attention to detail is quite something to see. The final model should be around one and a half metres in height and two metres in length, so pretty large.

What has the public reaction been like to building a LEGO version of the cathedral?

Public reaction has been really encouraging. Young and old are all amazed to see the level of detail and the sheer volume of bricks. As the model begins to grow in height we have seen an increase in attention and donations. As lovers of LEGO know, these little bricks seems to bridge the age gap seamlessly.

Has it inspired any other fundraising projects for St Edmundsbury Cathedral?

We are now considering separate fund raising for individual modules such as the organ, the font and even individual pews which families can buy and have their family represented in minifigure form.