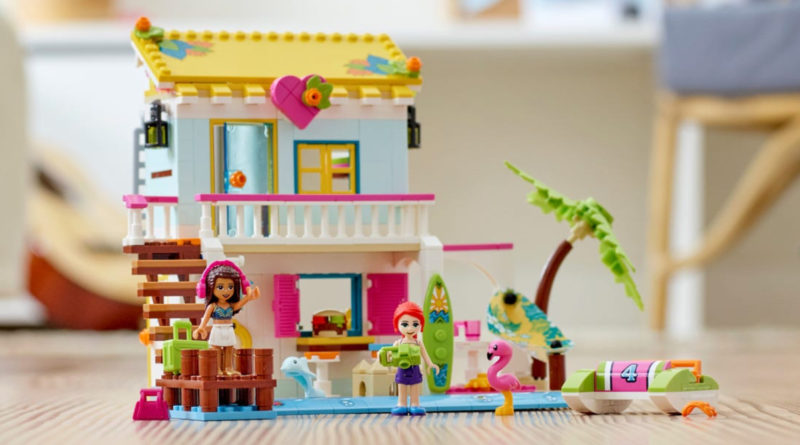 More information regarding the rumoured LEGO Friends 2022 sets has surfaced, including descriptions for 13 builds and their release dates.

StoneWars is reporting to have details on the LEGO Friends 2022 range, following a similar list for LEGO Minecraft.

The following sets are said to arrive in January:

Within that first wave is said to be the biggest and most expensive LEGO Friends creation of all time. 41704 Apartment Block is one of two sets in the range with over 1,000 pieces and is mentioned as including three brightly coloured structures. Two are reported to come with three floors and the other with two and a roof terrace. Eight minidolls are listed as featured, including one in a wheelchair.

These models are rumoured to release in March:

Another set has been discovered online but is not included in the new lists. The only stated information for it is the number 41713 and a price of €69.99.

As always, remember that these rumours could be false and should be treated with caution until officially announced otherwise by the LEGO Group. Reported 2022 waves for other themes have also appeared online recently, including Speed Champions, Star Wars and Technic.