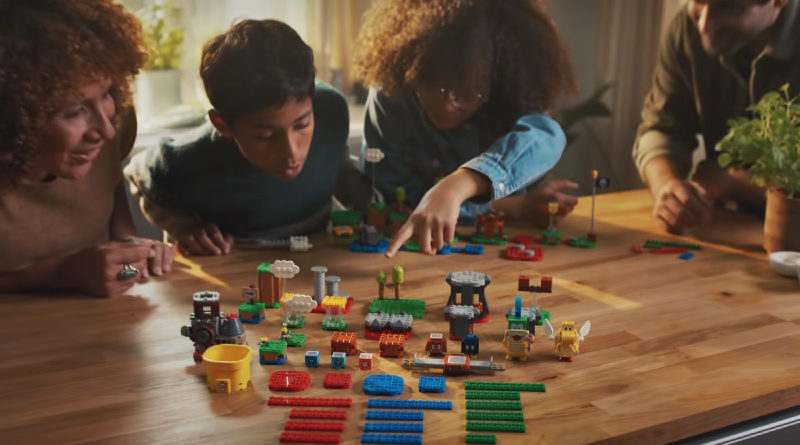 A trailer for the new LEGO Super Mario 71380 Master Your Adventure Maker set has released, showing off all the features fans can expect to find.

The 2021 range of LEGO Super Mario sets is now available, including one expansion set that adds two new types of block, exclusive to the set. 71380 Master Your Adventure Maker Set has received a new trailer, which has been uploaded to Nintendo’s YouTube channel.

The new LEGO Super Mario expansion set resembles the starter set in that is intended not to be built any one way but instead mixed and matched, as well as including a mini-boss character similar to Bowser Jr in the form of Larry the Koopaling. Perhaps the most interesting part of the set though is a crank-based machine that changes two new types of power-up block to have multiple different functions.

This subject is what the trailer focuses on, with a family demonstrating the potential of these new blocks. The first function is giving an extra 10 coins to LEGO Mario when he scans it, a simple function but one that can help boost high scores in large numbers. The second block adds precious seconds to the time-based course system and the crank allows for it to give different amounts of time depending on how far the crank is turned.

The rest of the advert sees the family taking LEGO Mario around the house where different biomes are set up. From a guitar slide to the new soda jungle, to a watery area next to an actual aquarium, it certainly gives some inspiration for other LEGO Super Mario courses. The new range of LEGO Super Mario sets is available now, introducing the soda jungle area and a whole host of characters to the theme.