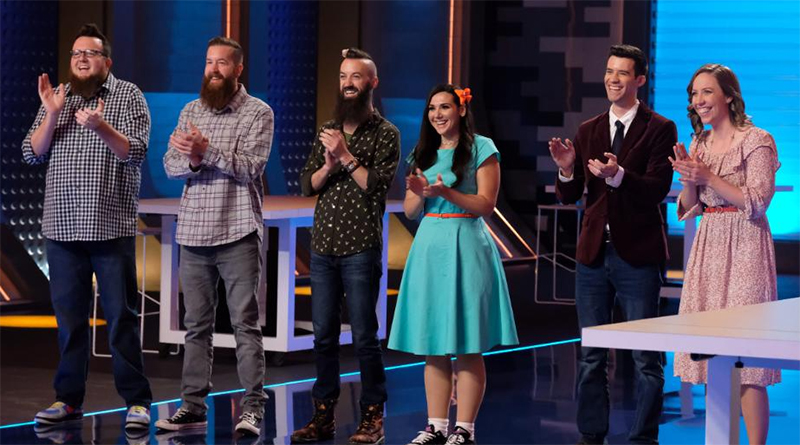 After almost three months of LEGO building competition, the grand final of LEGO MASTERS USA is here. But it has been a long road to get here, and what better way to relive it than with Brick Fanatics‘ coverage of the series?

Everything started in the UK, with several international editions paving the way for the US version to air on Fox. The road to the USA looks at the different international versions of the show.

With Will Arnett announced as the show’s host, LEGO Design Leads Jamie Berard and Amy Corbett were confirmed as the judges who would be assessing the builds each week. Amy even joined Brick Fanatics for an additional interview about her LEGO career and the new theme DOTS, which she launched the week before the show premiered.

In total, 20 LEGO fans started the series, working in pairs. To get a feel for who they are, Brick Fanatics asked them about their LEGO fandom and creativity.

The first episode saw the builders competing for the Golden Brick, which would protect them from elimination in a future challenge. In the second episode the task was all about destroying LEGO builds, which saw Jessie and Kara eliminated.

In the third week, the challenge required contestants to build the second half of an existing object, which Travis and Corey weren’t half as good at as they had hoped. The task was followed by a movie challenge, requiring the builders to mash-up two different film categories. After a strong opening act, the credits ultimately rolled on Mannie and Nestor.

Mega City Block had teams putting together their own section of a cityscape, with a twist coming later that saved some disasters. Krystle and Amie’s cyberpunk creation was not a vision of the future the judges wanted, leading to their exit.

Aesthetic ended up being the all-important criteria for the top two teams in the bridge building challenge, as their models were too capable of holding an enormous weight. Ir proved a bridge too far for Mel and Jermaine, who were eliminated.

Storybook was a very different type of challenge, one that did not have a happy ending for Flynn and Richard. When super heroes came into play in the eighth episode, every build seemed super – but Christian and Aaron were not heroic enough to remain.

With last week’s just-for-fun Star Wars episode having brought the Force to the Build Room, there is only tonight’s grand final remaining. Boone and Mark are expert AFOLs, Tyler and Amy are great at big builders while Sam and Jessica are incredibly creative – but only one pair can be declared LGO MASTERS…