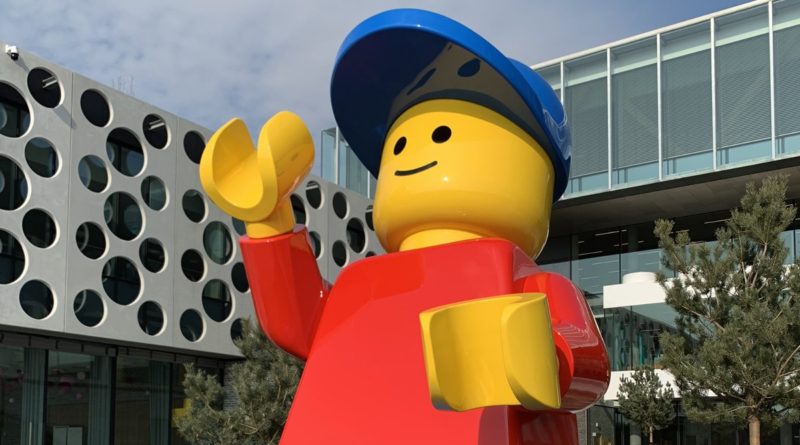 A larger-than-life minifigure is the latest addition to the new LEGO campus in Billund as behind-the-scenes images of its construction have surfaced.

The only thing that could pair well with the giant LEGO brick that was spotted being transported to the new LEGO campus in 2019 is an equally massive minifigure as LEGO designer George Gilliatt has shared a look at the latest display piece added to the new site with images from Cecilia Fernandez, construction manager at the LEGO Group.

As detailed in the original LinkedIn post, this minifigure is slightly larger than those that you might find in normal sets, measuring over four metres tall.

Unlike smaller minifigures, it isn’t made out of plastic and instead uses a metal frame with the standard shapes applied over it and lowered into position. With a classic smile and a blue hat, this minifigure is sure to make a welcome decorative addition to the new LEGO campus in Billund.

As a reminder, the campus has been under construction since before the Coronavirus Pandemic shut the world down for around a year and was originally scheduled to be completed in 2021. The first section has now opened and it appears that construction is moving along just fine now.

It will be used by employees located in and visiting Billund, so those of us not employed by the LEGO Group are very unlikely to get an in-depth look inside. Despite that, it’s good to see it progress.