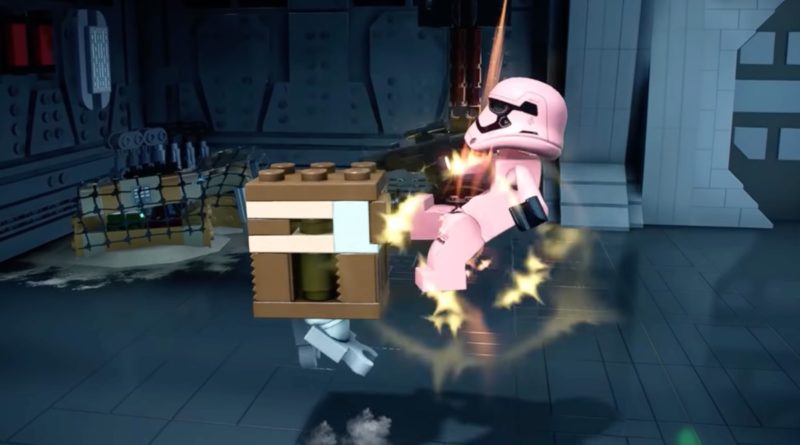 LEGO Star Wars: The Skywalker Saga’s killer feature has arrived: you can beat up baddies as a Gonk droid.

GameUnboxingReviews has published a glorious 90 seconds of pure, unadulterated Gonk droid gameplay, and it’s basically the best thing we’ve seen from LEGO Star Wars: The Skywalker Saga to date. Whether it’s marching down Death Star corridors, sprinting across the sands of Tatooine, or kicking back by the lakes of Takodana, the Gonk droid can do it all.

And it genuinely can do everything, too: including beating up bad guys. Where the Gonk droid was a slow-moving comedy character in the original LEGO Star Wars video games, essentially unable to interact with its environment in any meaningful way, The Skywalker Saga hands the rigid hunk of metal the power to engage in combat.

That simple change transforms the Gonk droid into a character you’ll actually want to play as come April 5, and for more than just the novelty. (Though there is admittedly still a whole lot of novelty involved in whacking Stormtroopers with a Gonk droid.)

For instance, enemies in LEGO Star Wars: The Skywalker Saga don’t consider droids to be a threat – seemingly even when they’re watching their comrades get pulverized by one. Choose to play as the Gonk droid, and your foes will respond by letting you literally walk all over them. It’s a bit like cheating, only more fun.

What’s clearest from this footage, though, is that the previews we’ve seen of LEGO Star Wars: The Skywalker Saga so far have really only begun to scratch the surface of what’s shaping up to be the biggest – and potentially best – LEGO video game to date. We’ll find out for sure when it arrives next week.

In the meantime, click here for a rundown of everything we know about LEGO Star Wars: The Skywalker Saga so far.