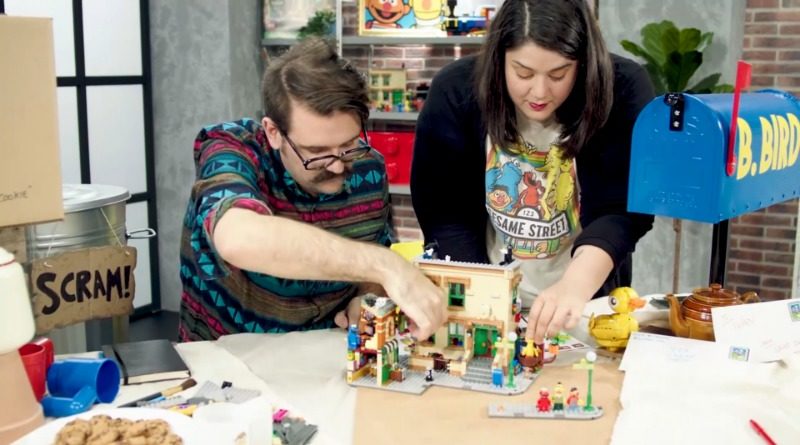 The latest LEGO Ideas set captures the “pure, childlike joy” of Sesame Street in 1,367 bricks. But as the Ideas designers prove in their latest behind-the-scenes video, there’s more to this model than meets the eye.

“With over 50 years of history on Sesame Street, we had an absolute wealth of Easter eggs and references that we could put this in this set,” says LEGO Designer Ollie Gregory. “You’ll notice that Elmo’s train in his bedroom is actually based on quite an old LEGO set – that’s a favourite of mine.”

That isn’t the only deep cut in 21324 123 Sesame Street, of course. As is becoming increasingly customary in the LEGO Ideas theme, there’s also a nod to Ivan Guerrero, the fan behind the original project. “We wanted to pay homage to the fan designer on the sticker sheet, so we made a little reference of him in a little ‘Dear Ivan’ paper that’s on the board in Elmo’s room,” says LEGO Graphic Designer Crystal Fontan, who has a real affinity for the set’s source material.

“Growing up in New York, Sesame Street was kind of a big deal in my childhood. I had posters, I had t-shirts, I went to the Sesame Park in Pennsylvania with my dad, so Sesame Street is for me a huge part of who I am. There’s just a lot of childhood in this set, and I hope that the fans and the people who get this set enjoy it as much as we enjoyed building it.”

Design Manager Samuel Johnson also touches on the new moulds required for the minifigures, which marks a real milestone for the theme. “Normally, we don’t get the opportunity to make new LEGO elements in LEGO Ideas,” he explains. “This is the first opportunity we’ve had to create our own LEGO elements, which we’re using for the five main minifigures.”

Check out the full video here. 21324 123 Sesame Street is available from LEGO.com right now, along with the full range of LEGO Ideas sets. You can support Brick Fanatics by ordering using our affiliate links.