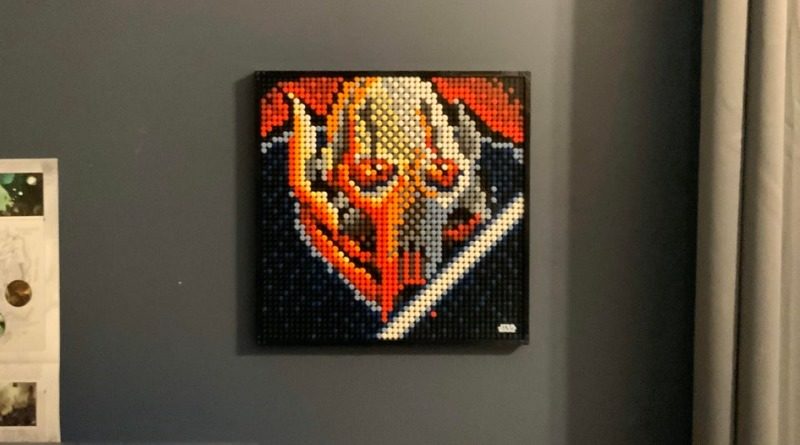 Creative LEGO fans have been remixing the official LEGO Art sets into some astonishing alternate builds.

The newly-launched range of LEGO Art sets includes 16 different mosaics, spread across four different sets. And each one is based on a different pop culture touchstone, from 31197 Andy Warhol’s Marilyn Monroe to 31200 Star Wars The Sith.

But that doesn’t mean you’re limited to just those images, of course. This is LEGO! Build whatever you like! And whether that’s astronomy or Chinese communist leaders, the existing LEGO Art sets will apparently suit your needs. Just check out these brilliant alternate models for the proof.

Reddit user TangoDeltaBravo used 31199 Marvel Studios Iron Man to create this awesome ringed planet. If you don’t fancy hanging up a licensed character (or real-life figure) in your home, this is a pretty cool option.

All the official LEGO Art sets measure a hefty 48×48 studs wide. But if your space is a little smaller than that, you could always try using just one of the 16×16 backdrop pieces for your display. That’s exactly what redditor Obmanifold has done for their 8-bit Mario, which uses the colour palette from 31197 Andy Warhol’s Marilyn Monroe.

Hello there! 31200 Star Wars The Sith includes instructions to assemble Darth Maul, Darth Vader and Kylo Ren. That means it ignores the franchise’s greatest asthmatic cyborg, but no matter: aptly-named reddit user Grevouski has rectified the situation with this bold remix.

If Andy Warhol’s Marilyn Monroe isn’t your style, you might want to try taking a stab at one of the artist’s other paintings. Like his 1972 portrait of Mao Tse Tung, for instance. As redditor TearItDownGames proves, it’s entirely possible, and looks just as good. You know, if you want one of history’s most controversial figures on your wall.

31197 comes with the pieces to build four different colour schemes of Andy Warhol’s Marilyn Monroe. But who says you have to build just one at a time? If you’re feeling indecisive, follow in reddit user JVM23‘s footsteps and combine all four.

Best of all, you can recreate these brilliant mosaics at home by simply zooming into the images. All you need is a LEGO Art set or two to get going. Happily, the full range is available now from LEGO.com. And you can check out our review of 31200 Star Wars The Sith here.

A recent rumour suggests the theme will continue in 2021 with a Harry Potter mosaic that depicts the Hogwarts Coat of Arms.

To continue to support the work of Brick Fanatics, please buy your LEGO Art sets from LEGO.com and Amazon using our affiliate links.