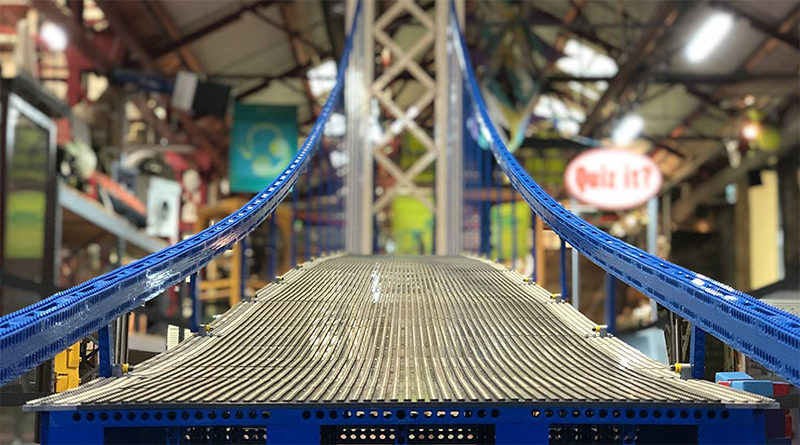 The longest ever LEGO bridge has been confirmed by the Guinness World Records team.

A Guinness World Record record has been broken, with UK engineers having put together a LEGO bridge spanning 16.92 metres, Shropshire Star reports.

The Ironbridge Gorge Museums teamed up with the Institution of Civil Engineers (ICE) to build the incredible LEGO bridge in August 2019 at the interactive design and technology centre Enginuity in Coalbrookdale, UK. The bridge is 34 metres long and is made up of more than 205,000 bricks.

Enginuity and the Ironbridge Gorge Museum Trust are intent on promoting STEM subjects to children.

“We are delighted that our record-breaking attempt has now been verified by Guinness World Records. We wanted to attract and inspire children to consider engineering as a fun potential career, and also partner with a local organisation that shares our values and vision,” says Jo Barnett, regional director, ICE East and West Midlands.

“It is such a shame that the bridge display at Enginuity was cut short due to the pandemic, but we hope those who were lucky enough to see it were inspired to explore civil engineering further. We look forward to working with the Ironbridge Gorge Museums on other joint initiatives in the future.”

“We are thrilled to find out that the bridge, assembled here in Enginuity, achieved the new world record for the longest span bridge made with the interlocking plastic bricks,” adds Gillian Crumpton, collections and learning director, The Ironbridge Gorge Museums Trust. “The bridge was certainly a draw during its time on display at the museum. It amazed and hopefully inspired many of the school children who visited us to consider engineering as a future career.”