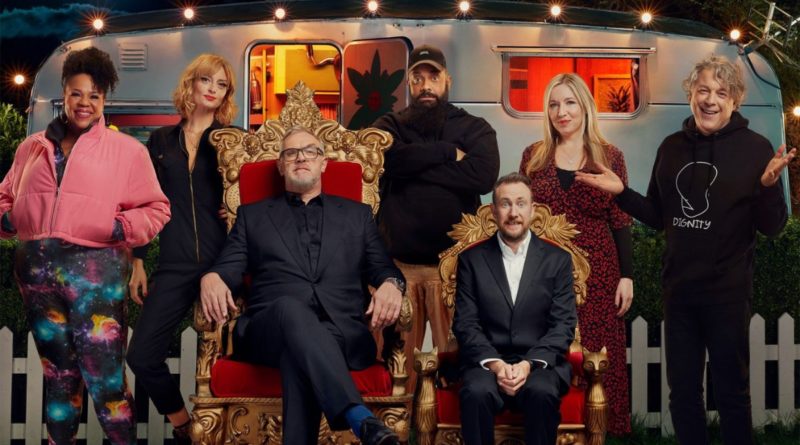 Those prizes include the five objects that each contestant brings into the studio for each episode’s first task, all anchored around a specific criteria. The second episode of Series 12 called for the quintet to bring in ‘the most awesome square’, and for Guz Khan – creator of BBC series Man Like Mobeen – that meant a giant LEGO mosaic of his own face.

The mosaic was apparently gifted to Khan by a fan, and while there’s no confirmation that it uses genuine LEGO pieces, it’s clearly styled much in the same way as the official LEGO Art range (only with square elements instead of round plates and tiles).

It’s not the first time LEGO has made an appearance on Taskmaster. Back in Series 10, comedian and LEGO MASTERS Series 2 guest judge Johnny Vegas brought in custom LEGO minifigures of himself and his family for the ‘most narcissistic thing’ prize task.