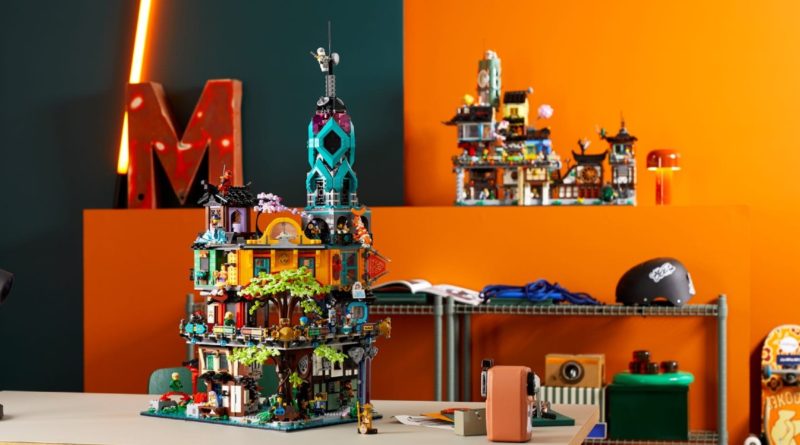 The LEGO Group has revealed that almost half of its incredible growth in the first half of the year was driven by new-for-2021 products.

Last week, the company announced that its operating profit has grown by 104% in the first six months of 2021, while sales have shot up by 36% and revenue has risen by 46%. CEO Niels B. Christiansen put the figures down to ‘strong demand’ for the current portfolio, which has apparently ‘attracted new builders’ to the brand.

In an online presentation to Brick Fanatics and other media, Christiansen went into more specifics over the driving forces behind that growth, revealing that almost half of it has come from brand new products launched in 2021.

“This performance was really driven by a very diverse, strong, innovative portfolio combined with excellent execution in all our markets throughout the world,” he explained. “And during the first half [of 2021], 46% of our growth actually came from new sets launched in the period.

“On average, more than half of our portfolio is renewed every year – so we’re no better than the latest innovation we bring to the table.”

Christiansen didn’t reveal specific sets that contributed most heavily to that growth, but the company’s current top-performing themes – according to the interim financial results report – include LEGO Star Wars, LEGO CITY, LEGO Harry Potter, LEGO Creator Expert and LEGO Technic, while the list provided during the presentation also extended to LEGO NINJAGO.

New LEGO sets launched in those themes in the first half of 2021 include 71741 NINJAGO City Gardens, 75308 R2-D2 and 10278 Police Station, all of which will have helped the LEGO Group reach its insane double-digit growth during that period.

For a closer look at the LEGO Group’s full financial results for the first half of 2021, click here.