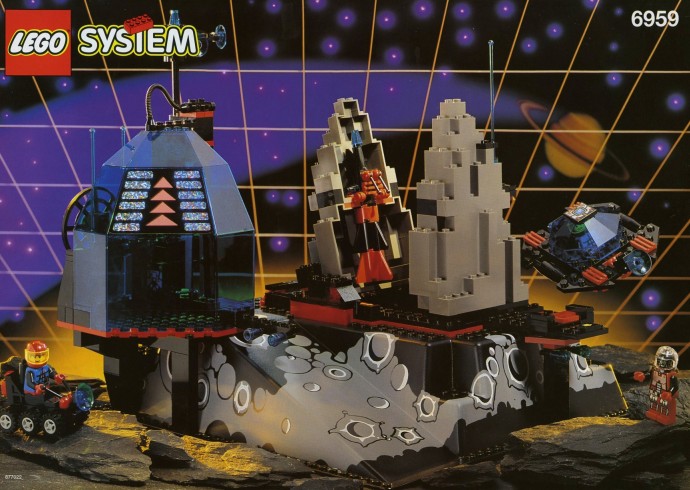 LEGO hero headquarters are the highlight of many collections. Prizes won after many months of saving pocket money or being uncovered under the tree on Christmas morning. The LEGO Group has delivered scores of them through the years across historic, adventure and science fiction themes. Sometimes these have been on raised baseplates, others on regular baseplates and some free-standing. They have come in all shapes, sizes and at varying price points – but there are some which truly stand out. These are the bases that were the flagships of their lines, the sets that filled the most expensive price slots, the ones which have become legend – but which best befits the minifigures of its range as the biggest of all?

Monorail based sets have been excluded due to the huge footprint that they are immediately afforded. Headquarters and bases began as part of the Space theme, and that genre has counted many such sets in its ranks through the decades. In the days before official factions and themes, the earliest bases were a variety of colors and their purposes were very loosely defined, inferred by the scant few clues designers put in the set. Right out of the gate many of these bases were quite large, often built on multiple baseplates as with the inventively named 6971 Inter-Galactic Command Base.

The establishment of official factions within Space set the tone for all later science fiction based themes. Lines were drawn and set colour palettes for each faction became the norm. Ushering in this new era was a base considered by many to be the best of them all. Though not our winner, 6987 Message Intercept Base from the first incarnation of Blacktron is a huge set and a delight to behold.

If you came of age in the 1990s then you will likely remember two of the largest LEGO headquarters ever. In back to back years, 1995 and 1996, the LEGO Group produced two truly epic sets. The first was 6195 Neptune Discovery Lab from the original Aquazone theme. This massive base, spread across two mirrored raised baseplates, contained what remain exclusive doors along with a variety of other specialised parts.

The second hailed from not sci-fi, but from the Western theme in the form of 6769 Fort Legoredo. Built on four separate baseplates it is one of the finest looking headquarters ever made. After its release, all bases for  a decade would be smaller in size. Yet even with such impressive credentials, neither Fort Legoredo nor the Neptune Discovery Lab are the largest sets ever.

Were it not for the LEGO Group’s flirtation with bankruptcy, one of the sets already referenced would be able to claim the mantle of biggest LEGO base. There is, however, another. As the LEGO Group began to find its stride and once again produce decent sets, the company reduced the desired profit margins – the result was sets that were relatively inexpensive with piece counts to die for. A theme of this era was Exo-Force, with the truly colossal 7709 Sentai Headquarters.

7709 is not an elegant base. Many of the sets listed in this article and beyond are much more handsome. The LEGO Group used every trick in the book to make this set huge – porous walls, anemic details, and making the gate big while minimizing the size of everything else. However, the fact remains that over 90% of other headquarters could easily fit inside the walls of Sentai. It therefore claims the prize of being the largest HQ LEGO designers ever made.