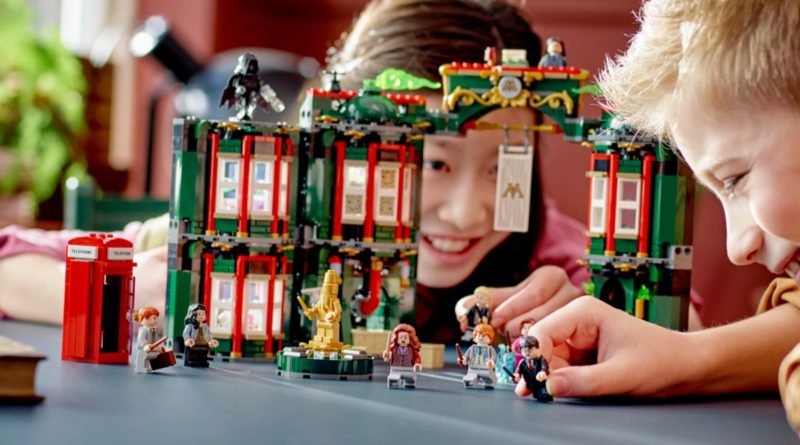 Rumoured details for the LEGO Harry Potter 2022 Advent Calendar have surfaced, suggesting that it will have a lot of exclusive minifigures.

Promobricks is reporting to have rumoured details of the contents of the LEGO Harry Potter 2022 Advent Calendar, following an initial image being showcased in an official LEGO Catalogue.

Just in case these reported details, which are in no way officially confirmed by the LEGO Group, turn out to be true, you might want to take this as a spoiler warning for the models and minifigures in the LEGO Harry Potter 2022 Advent Calendar.

In terms of minifigures, the 2022 seasonal set is reported to feature a lot of exclusive minifigures compared to advent calendars from other themes in previous years. These are said to include Nymphadora Tonks, Neville Longbottom based on The Deathly Hallows, Moaning Myrtle, Horace Slughorn as an armchair, Sirius Black and Voldemort. Also included are reported to be Harry Potter and Severus Snape, though not as exclusive variants.

The reported list of models indicates that the board game concept introduced in the 2021 LEGO Harry Potter Advent Calendar will return as a cube spinning top is mentioned.

Also rumoured for a miniature build is the Hogwarts Express and Platform 9 3/4, the Whomping Willow and Ford Anglia, the goblet of Fire with an exclusive name tile, Hedwig, Quidditch goals, Hagrid’s motorcycle, the Chamber of Secrets, the Knight Bus, a pensive, the Hall of Prophecies, the atrium of the Ministry of Magic, the Triwizard Cup, the burrow and Gringotts with a dragon.

As always, these reports are only rumours at the time of writing and should be taken with appropriate caution until an official announcement for the LEGO Advent Calendars for 2022 arrives.